On a popular online Korean community called Instiz, a post titled, “Rookie boy group currently under fire for their attitude” went viral with over 26,000 views in under 3 hours.During a recent episode of Inkigayo, EXO was nominated as a candidate for first place. Common etiquette dictates that other artists make room for those nominated to be at the center of the stage. 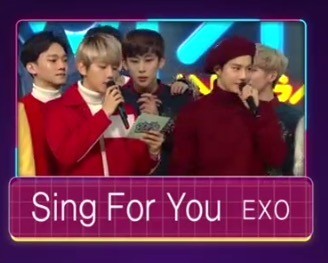 The rookie group “Road Boyz” is currently under fire because of the fact that they were standing in front of the EXO members blocking them from the camera while exposing themselves (Baekhyun and Suho are MCs so they are in front of everybody).