On May 18th, Enemies in Law 2 revealed a series of stills that showed off actor Hong Jong Hyun’s scuplted torso.

These never-before-seen photos show the actor in action as he bares his toned chest and chocolate abs. Wearing a serious expression, Hong Jong Hyun is focused intently on the scene’s filming.

Enemies in Law 2 tells the story of a young couple whose families are at odds with each other. Hong Jong Hyun plays Han Chul Soo, the son of a family of thieves. He soon falls in love with Park Young Hee (played by Jin Se Yun), who comes from a family of police officers. In order to win her hand in marriage, he must pass the exam to become a police officer. Hilarity ensues as the two families do their best to prevent his success.

Take a look at the stills and trailer below: 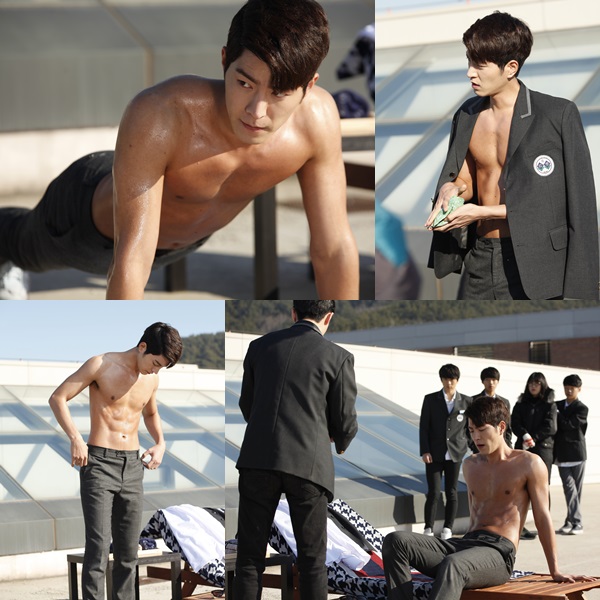 13 Girl Group Maknae-Lines Who Glammed Up So, So Well