Him contains a total of 12 tracks and a bonus track, and features artists such as G.NA, Swings, Lydia Paek, and Loco among others. Included in the tracklisting are songs like “Home Meal,” “Real Man,” “CASANOVA,” and “In Front of your House”. Fans and casual listeners alike are anticipating this album, as Kim Bum Soo’s new look and hip hop feel give the artist a new side. 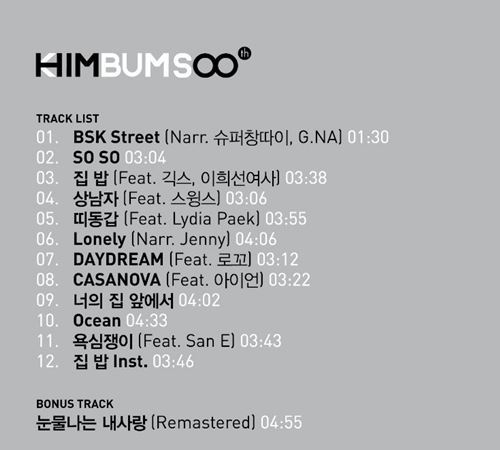 10+ ARMY Reactions To “BTS Island: In The SEOM” Being Under Maintenance That Are Too Real

NCT’s Chenle Hilariously Exposes How Close He Actually Is With Jaemin, Jaehyun — And SEVENTEEN’s Jun