Earlier we reported of Red Velvet Joy allegedly being rude towards member Seulgi on Naver V app, a live streaming app that allows fans to tune into their favorite idols. But just after two days, another female idol has been wrapped up in a similar controversy on Naver V app. Due to the app’s settings that it is a live streaming platform that even allows idols to look at live comments from fans, idols are vulnerable in showing even their slightest actions and facial expressions to their fans.

Apink Bomi is currently being criticized for her alleged rudeness towards viewers and other members during the latest live broadcast. But, Apink fans are also protecting her claiming that her actions are nowhere close to what Joy’s rudeness in Red Velvet’s latest live broadcast. They claim that the writer of the post is a troll trying to spread false rumors about Apink Bomi.

Titled “Bomi’s Actions That Are Worse Than Joy’s,” here is the direct translation of the post and comments below.

“Couple days ago, there were mentions of Joy being rude on Naver V app but I don’t like Bomi’s attitude more” 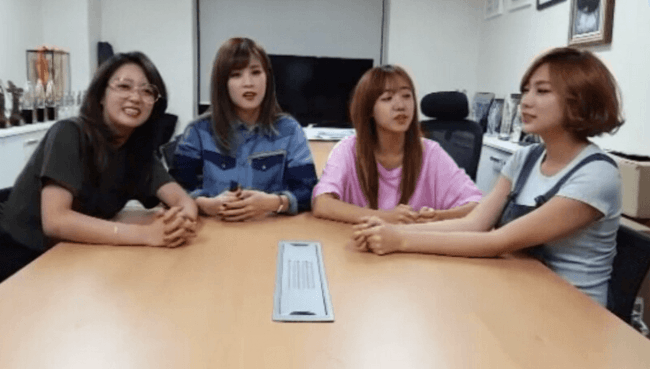 1. She put on glasses 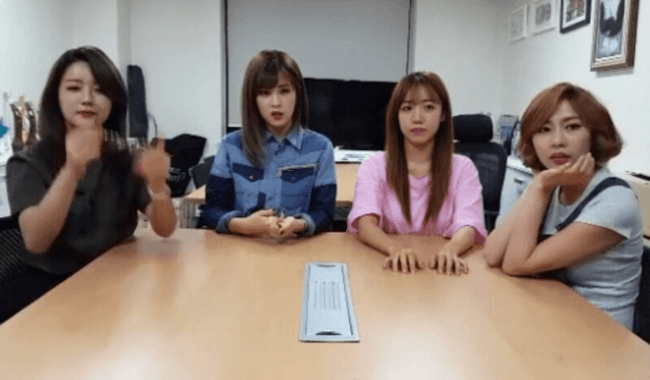 2. Suddenly takes off her glasses

“She should keep it on if she put it on in the first place ;; She suddenly takes it off during broadcast ;;;;;” 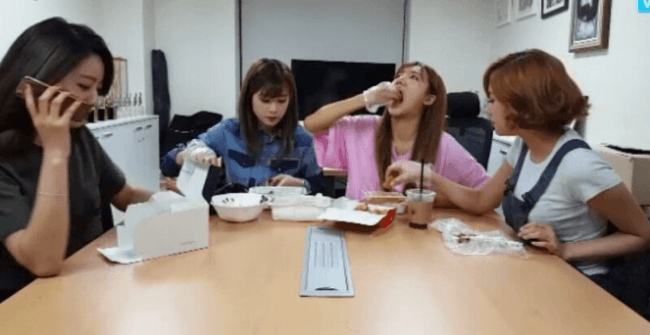 3. She talks on the phone during broadcast

“Is broadcast a joke hahahahaha Even if she is contacting Eunji, she should wait until end of broadcast hahahaha This is so rude during broadcast;” 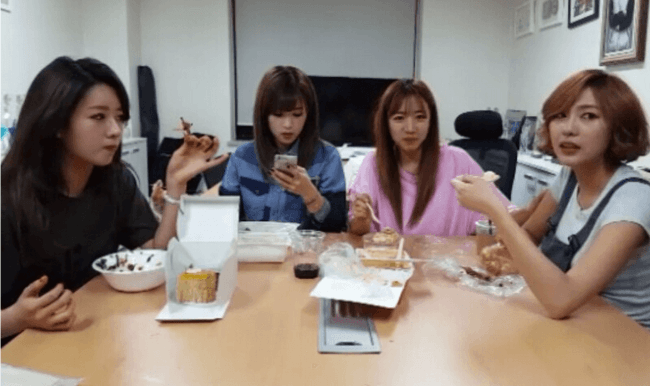 “From the beginning, she just keeps eating;; Other members try to make things more fun, but she keeps eating ;;;;;” 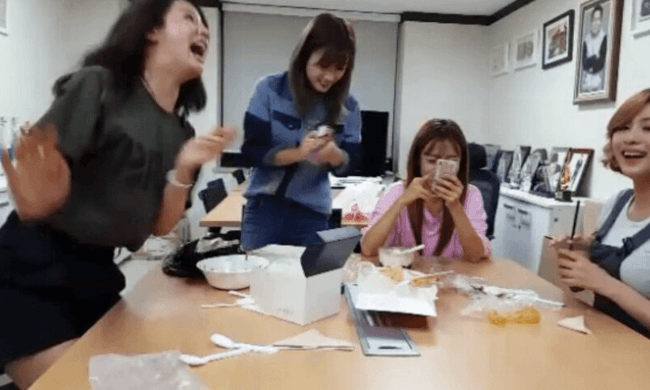 5. She suddenly jumps up

It seems that she does everything in order to stand out…” 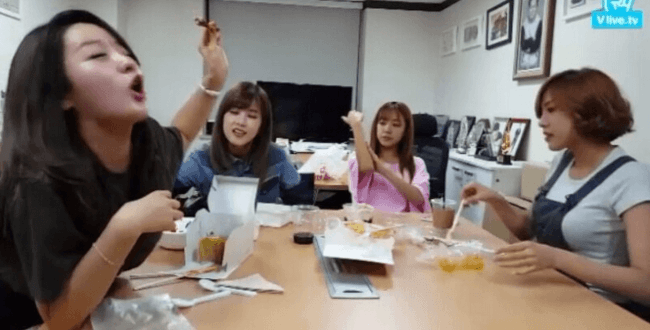 6. She talks with her mouth full

“No, but isn’t this common sense not to talk with your mouth full? f*ck

What if the food comes out?;;” 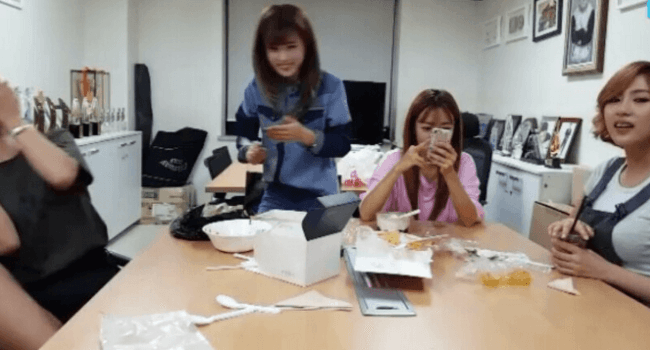 7. She disappears during broadcast

“Isn’t it manners to keep your face during broadcast…

She jumps out of the camera alone;;” 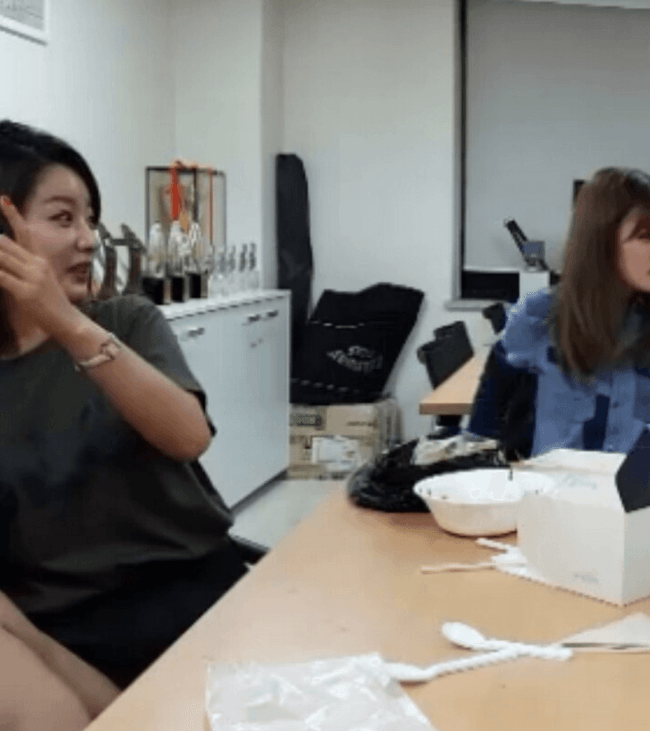 8. She points at the camera

“;; I really hate people who use fingers to point at someone f*ck..

Who does she think she is to point at someone..” 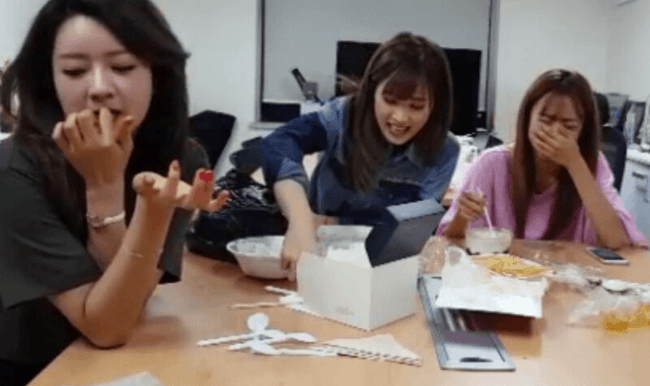 9. She bites her fingernails

“At least calm your habits down during broadcast ;;;;;;

Are you not thinking of your viewers? Really.”

[ +25 / 0] Oh my haha Why does it matter if she wears glasses or not? She is eating during a broadcast? Didn’t you see the room’s title? It was ‘A Pink’s Mukbang Talk” for the members to eat while talking. What programs can she not stand up and sit down at her own will? This is too forced haha It is even funny that I have to explain these things. Aren’t you embarrassed for writing this? Are you crazy?