In the photos, Go Woo Ri’s flawless figure is exhibited through her highly skilled aerial yoga flying positions. As the interview hints, the idol star has a lot of passion for the sport as she registered at a yoga academy near her house to hone her skills.

During the interview, Go Woo Ri said, “The secret to my fitness is that I go to the gym three times a week and attend aerial yoga sessions more than once a week. In particular, aerial yoga relaxes my tense muscles after the gym and dance practice. It also feels like a full body massage since it has a maximum stretching effect.”

Meanwhile, Rainbow released their third mini-album Innocent with the comeback title track “Black Swan.” Go Woo Ri is scheduled to star in upcoming MBC drama series The Queen’s Flower as an only daughter from a wealthy family. The idol star is prepared to showcase her charm through this brown screen debut. 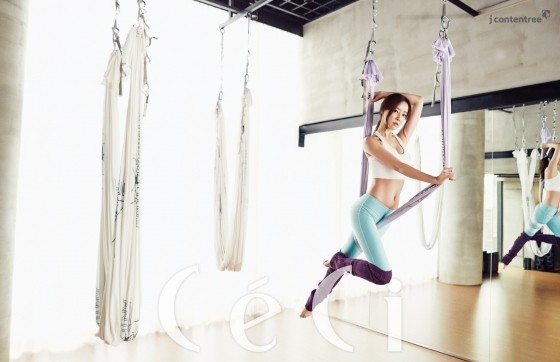 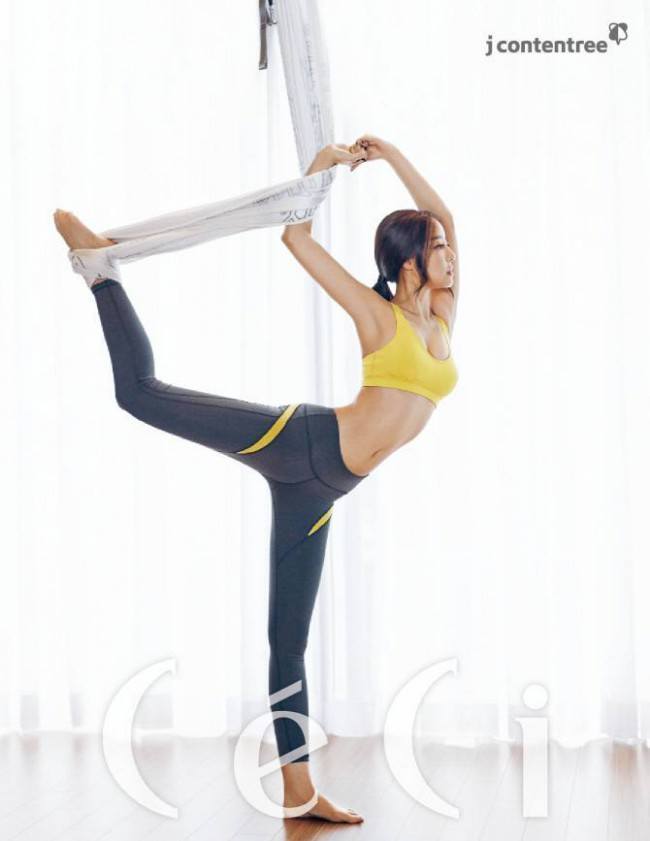