On November 7th, Running Man revealed photos from their upcoming episode titled “Last Five Men on Earth,” as they’ve invited the popular stars in variety. All five guests participated in the “Last Couple” Race where they are given missions to grab a pair and try to escape from the island.

Only one pair can win the race and only the winning pair will be allowed to leave the island. The members and guests were revealed to have been extremely passionate and intense on winning the race, spurring laughter from the set.

The “Last Five Men on Earth” episode will air on November 9th. 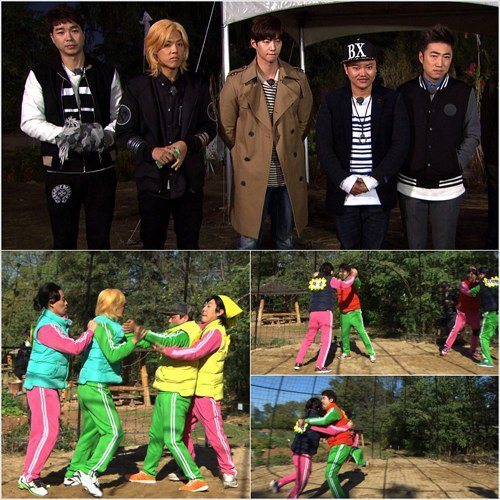