Recently a screenshot of a fan’s SNS interaction with SHINee member Jonghyun has been going viral on Korean internet portals.

Jonghyun accidentally followed a fan on his SNS account which was succeeded by the fan’s message soon after. She politely messaged Jonghyun saying:

“saw-wad-dee-ka Jonghyun-ssi, I think you just followed me by accident. please unfollow me ^^.

To this message Jonghyun responded:

“I am sorry, I followed you on accident. I’m not really good at English but I wish the best for you <3”

Check out the message below! 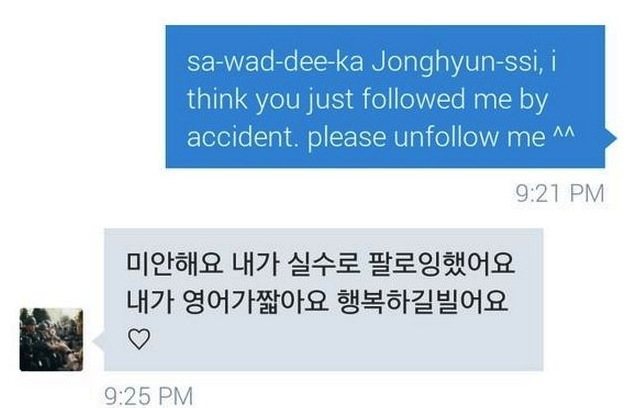 Why Hollywood’s “K-Pop: Lost In America” Is The Movie K-Pop Fans Didn’t Ask For