Actor Song Jae Rim bared his muscular body and shows off his handsome, chiseled face in a steaming winter photo shoot for the December issue of Marie Claire magazine.

The actor went for an edgy, sexy concept in his latest photo shoot as he dressed in dark winter attire and posed in front of a dark bluish green tinted backdrop. Jae Rim donned turtlenecks, leather jackets, knit sweaters and chic overcoats perfect for the cold season, even though he also showed off his sculpted body in one of the pictures.

His hair is styled upwards in a slightly messy fashion, giving him a clean cut but edgy appearance. In addition, Jae Rim’s hair brings the attention to his sharp, defined facial features as he gazes out with an intense charisma.

Jae Rim has plans to go to Cambodia for charity work, where he will participate in efforts to establish a well and check for clean water sources in a village. He is also a current cast member in MBC‘s We Got Married, where he is coupled with actress Kim So Eun. 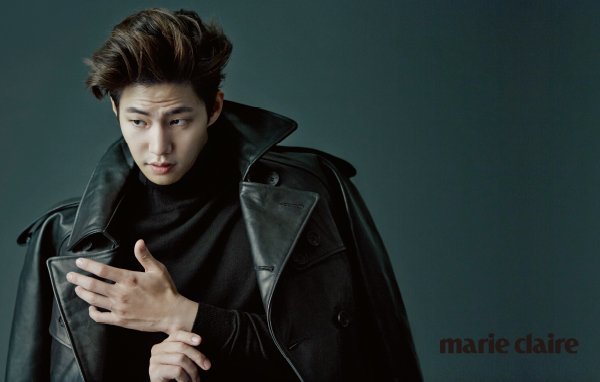 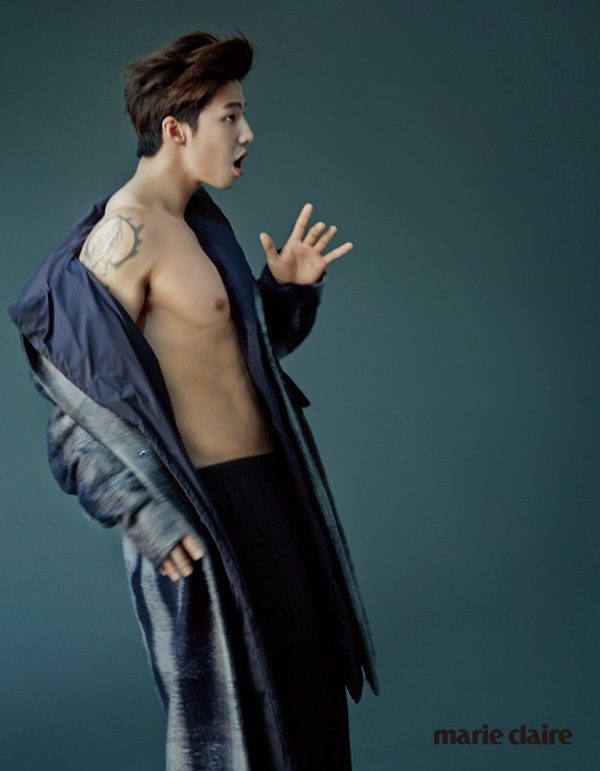 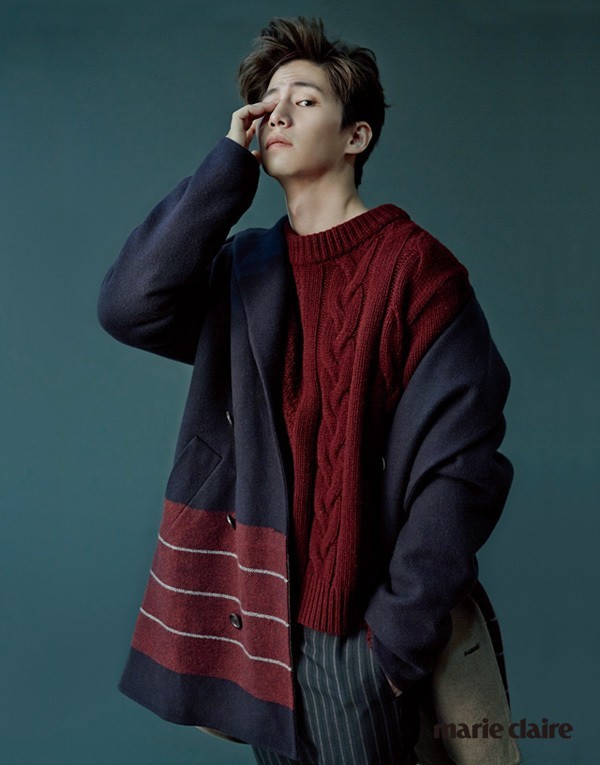 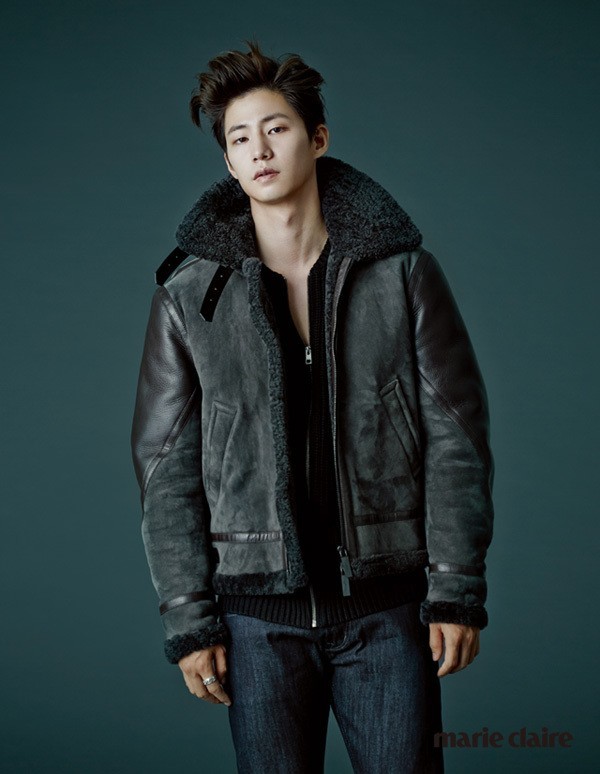 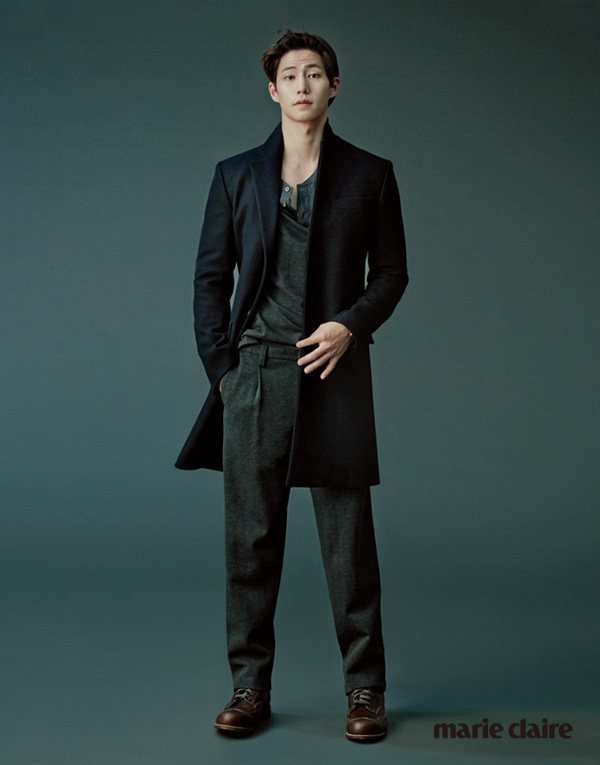