Although staying on the downlow since her leave from girl group f(x), Sulli has recently shared a sweet selca of herself with boyfriend Choiza.

The simple photo was shared onto an online community and shows the loving pair all smiles as they update fans. Sulli and Choiza both gaze happily into the camera as shown below.

Since Sulli’s withdrawal from f(x), she has been preparing herself to improve on her acting career. Since then she has also attended New York Fasion Week with SM Entertainment labelmate SHINee’s Minho. Additionally, she has proven herself to be an artist of many charms with her looks showing elegance and maturity as well as cuteness. 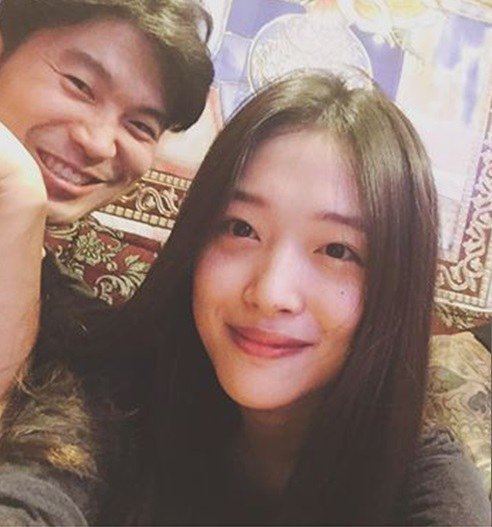