After the success of their full Japanese album With, which has topped the Oricon Album Chart, TVXQ returns with album covers for their much-anticipated single Sakuramichi. There will be three versions of the single – a CD version, a CD+DVD version, and a Bigeast version.

The first cover has members pictured in white shirts with tints of pink to match the lovely cherry blossom scenery behind them. In the second and third covers, both Yunho and Changmin are seen sporting casual but stylish outfits in earthly tones. The wooden backgrounds along with the sunlight streaming in through the windows help accentuate the warm, cozy feeling of the photo.

Their single Sakuramichi will be released on Feburary 25th.

Currently, TVXQ is preparing for their upcoming winter tour, With: Live Tour 2015, which will be a nationwide Japanese 5 dome tour. 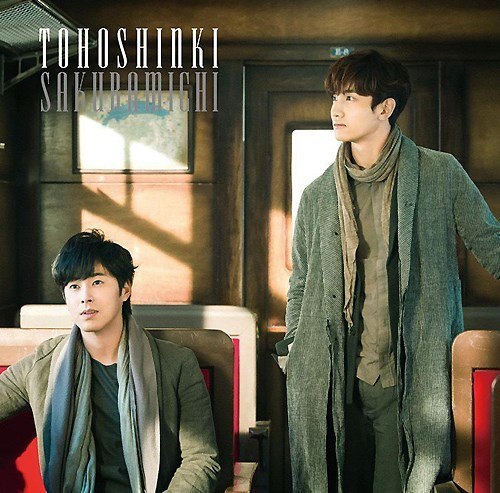