Z.TAO (Tao) shares an image of himself to update fans before he makes his solo debut.

With his solo debut approaching on July 23rd, the artist is currently putting in the final touches before his album is dropped. Sharing a photo of himself on Weibo, Z.TAO shows his anticipation as the days go by.

The image shows him giving a small smile while holding up the peace sign while a little drawing on the right mimics his hand and has the word “smile” next to it.

In the caption he writes, “I have finally achieved my dreams. Thank you to those who support me, I am really happy. Look forward to the moment on July 23rd.” 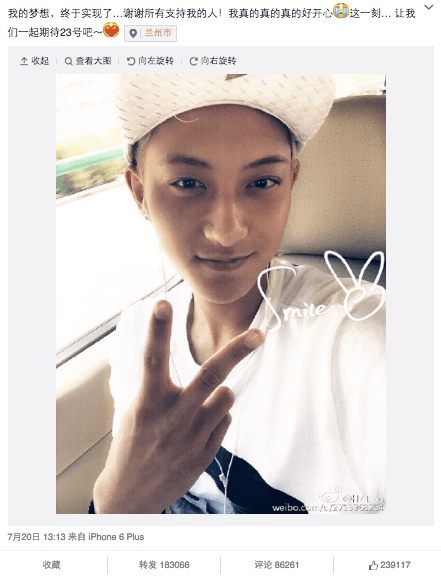