Idols are constantly under the spotlight… which means, sometimes they get their pictures taken at the worst possible times! This can create some hilarious and strangely aesthetic photos!

1. Hyoyeon, what are you doing? What did Seohyun do to you?

While it may look like these two Girls’ Generation stars got into a fight, this was just the two dancing! 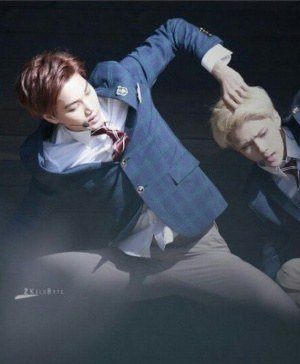 The camera strikes again making it look like the EXO members are roughing each other up! EXO-Ls don’t worry, Sehun wasn’t hurt because Kai isn’t really pulling his hair.

3. Minho what lovely locks you have! 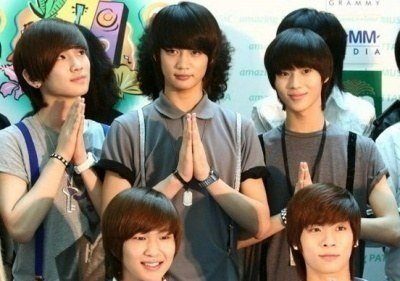 SHINee‘s Minho has some of the most luscious locks around. It’s just that they aren’t that long or curly! 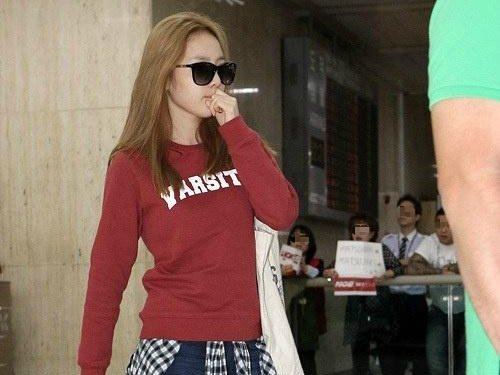 Don’t worry Goo Hara isn’t really smoking, it’s all just the trick of the light and the unfortunate placement of her hand.

5. Those EXO boys must be really close… 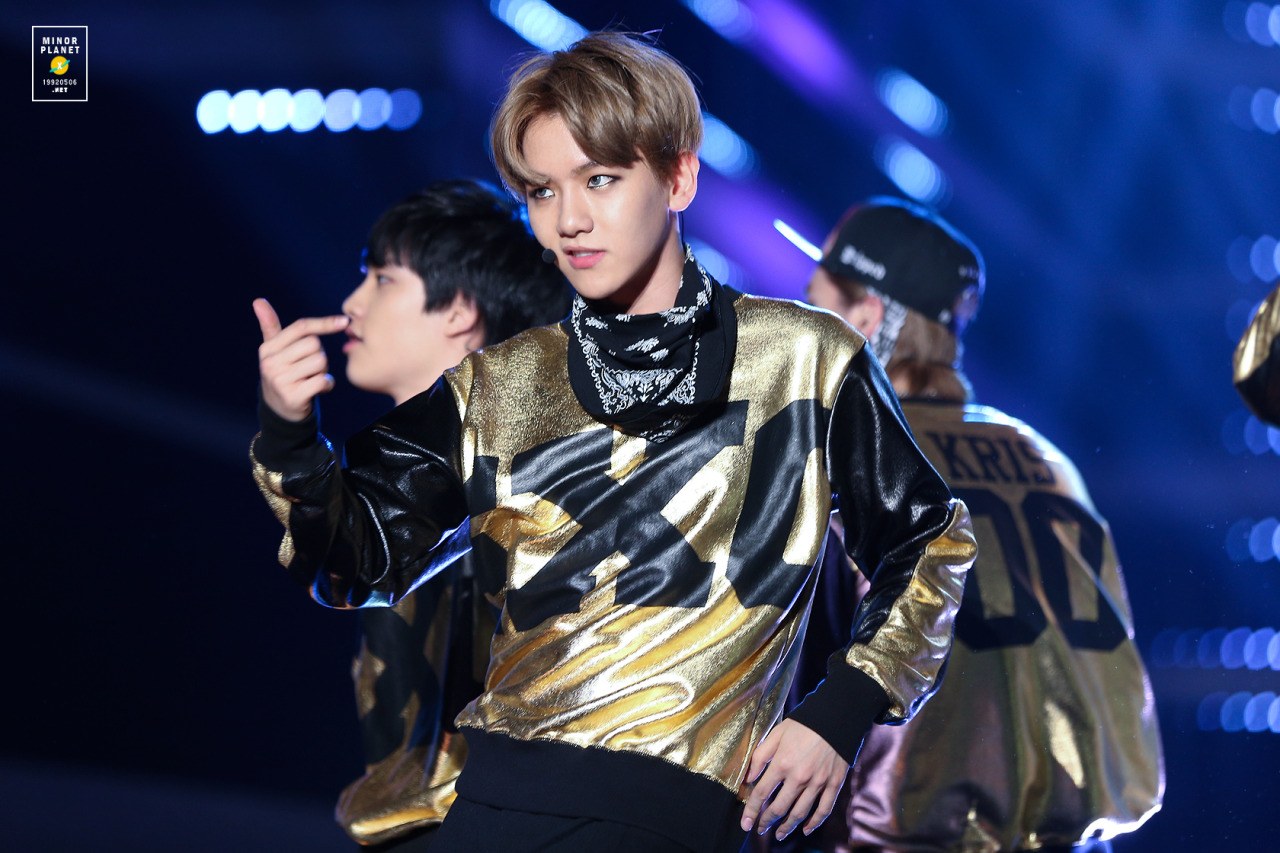 It’s another win for snapshots taken while idols are dancing! Baekhyun really looks like he’s picking D.O‘s nose when we all know he isn’t. 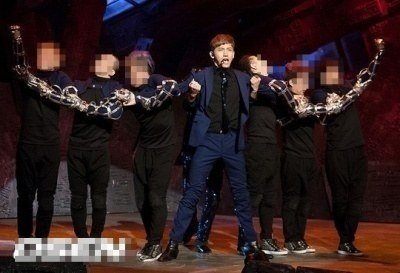 TVXQ! Changmin‘s arms may look like they’re 20ft long, but that’s all thanks to the placement of all the dancers’ arms! 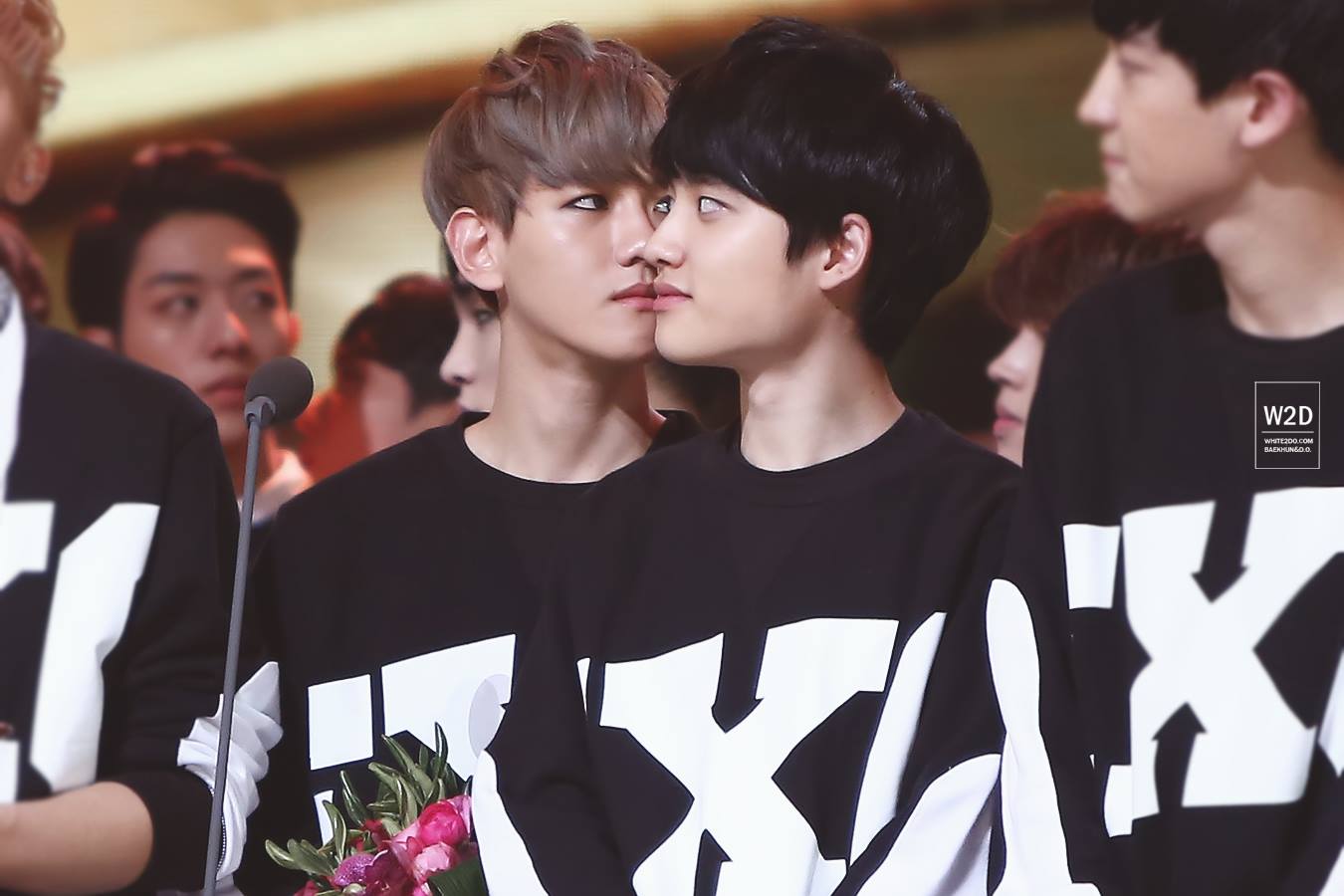 EXO‘s D.O. and Baekhyun are at it again, only this time it looks like their kissing!

8. Who knew monsters didn’t just live under your bed! 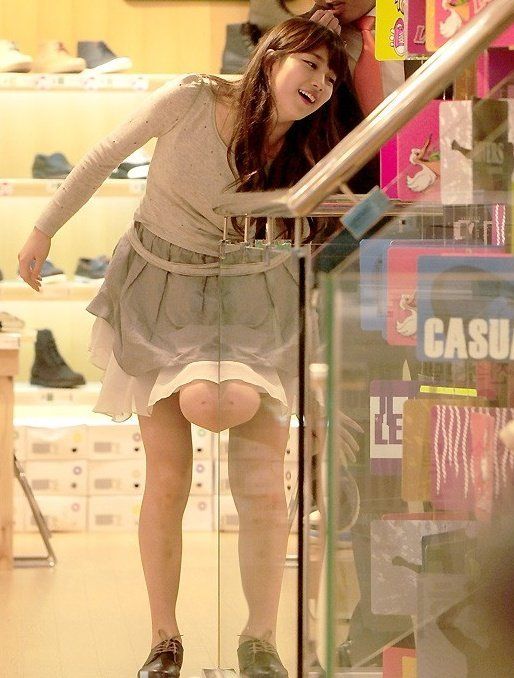 Don’t worry, Suzy‘s fine. There is no monster, it’s just her knee! 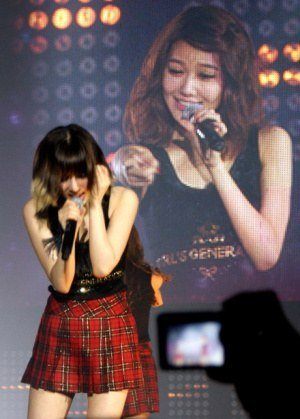 Unfortunately, the camera caught the exact wrong moment during this Girls’ Generation concert. Sooyoung‘s picture was on the big-screen making it look like Taeyeon is being attacked Godzilla-style by a giant Sooyoung. 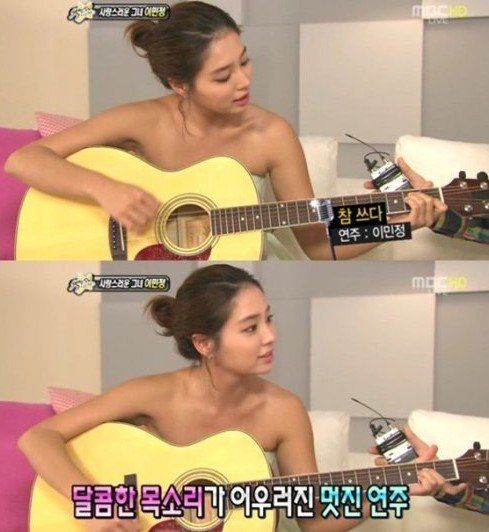 While Lee Min Jung may look like she’s in the nude, she’s actually got a pale gray dress hiding under that guitar. 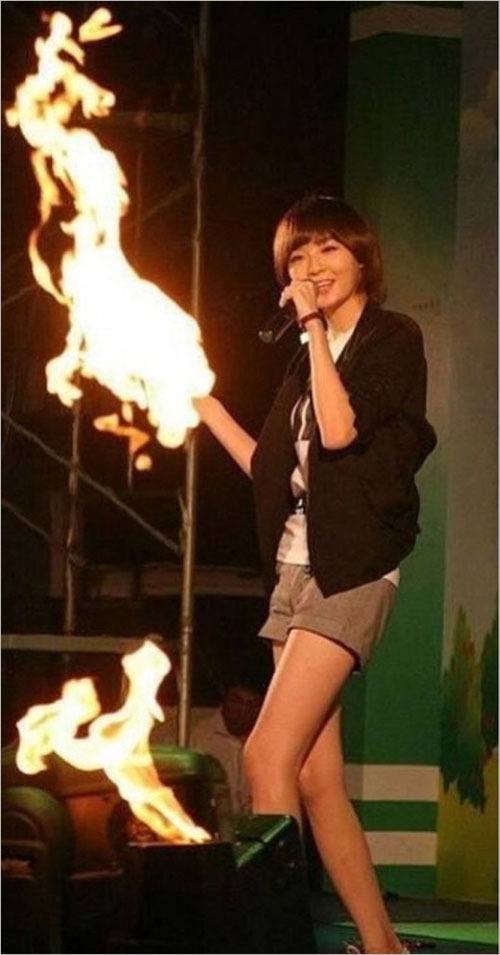 It may look like Kang Minkyung is holding fire in her palms but that’s all just perfect timing on the camera’s part. 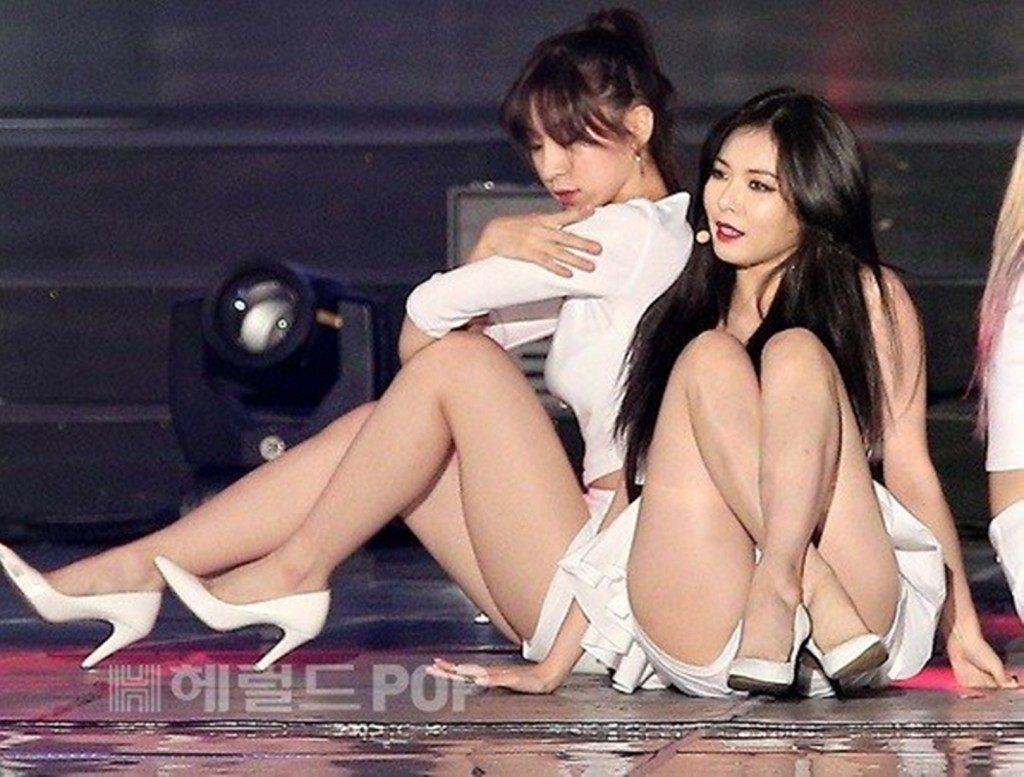 From this angle it may look like Hyuna is doing the splits, but with a little more focus you notice it’s all just a trick.

Hyoyeon‘s arms may look extremely stretched by she’s in the same boat as Changmin! Neither of them has ridiculously long arms even if the camera makes it look that way. 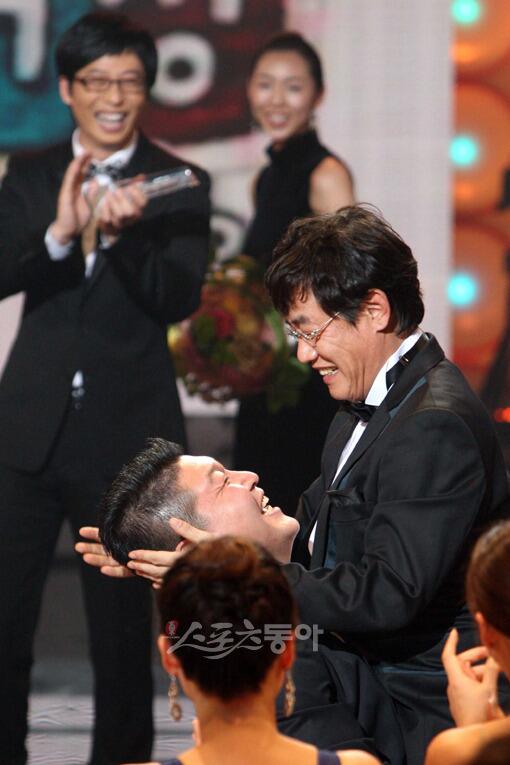 This picture may seem like some sort of nightmare where Kang Ho Dong lost his head, but have no fear, it’s still attached to his body. 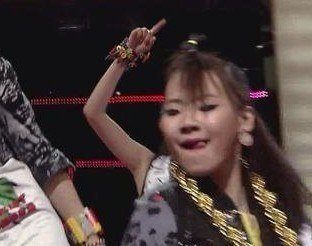 There’s a lot going on in this photo. CL has a strange look on her face and she appears to have one tiny arm. All in all, this is just a really bad still shot. 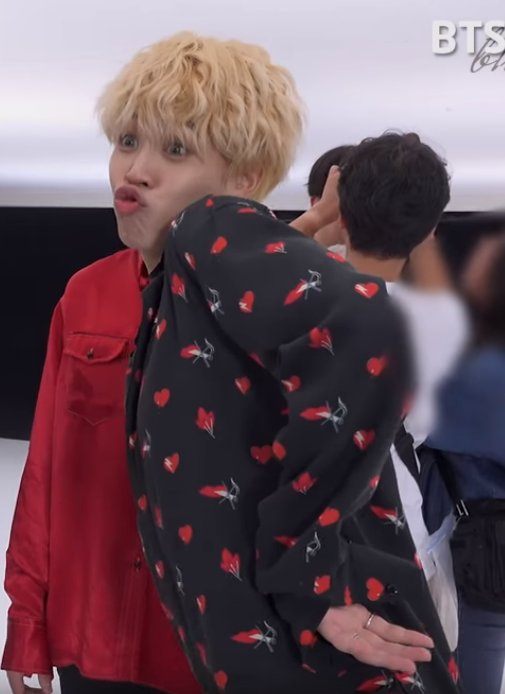 BTS‘s Jimin doesn’t actually have two bodies. V was just standing in the perfect spot, making it look like Jimin had a second body.

17. Wait, how many legs does Taeyeon have?

While still photos definitely capture the majority of optical illusions in the K-Pop universe, there are times when something happens on film that will leave you rubbing your eyes in wonder. The time when EXO‘s Chanyeol had a fiery transformation and turned into D.O. is one of those magic moments!