EXO-Ls have trended #EXOLLovesChanyeol in rebuke of a hate hashtag trended by antis of the EXO member.

While the origins of the hashtag is unknown and who started it, EXO-Ls noticed the use and hashtag #EXOLWantChanyeolDead on Twitter, with many asking themselves who would use such a tag and showing anger as they questioned who would ever wish for someone’s death.

Meanwhile, Chanyeol, along with the other members of EXO, has been positively promoting “Call Me Baby,” which has won a total of six music show awards thus far. 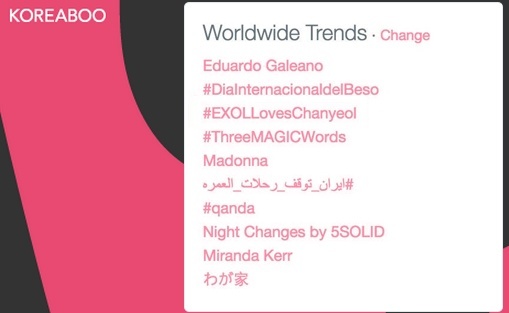