With the rise of their popular groups such as FTISLAND, CNBLUE, and AOA, as well as key free agent signing such as Yoo Jae Suk, FNC Entertainment has become quite a powerhouse in the industry.

In fact, after seeing their yearly income and profit margins, some fans have even suggested that the company would be able to compete with the infamous “Top 3” agencies, SM Entertainment, YG Entertainment, and JYP Entertainment. However, media outlets recently reported that FNC has come under suspicion of stock fraud, causing investors to worry. Since the rumors began, the company has come under investigation by the authorities, causing its stock to drop noticeably in the short time. 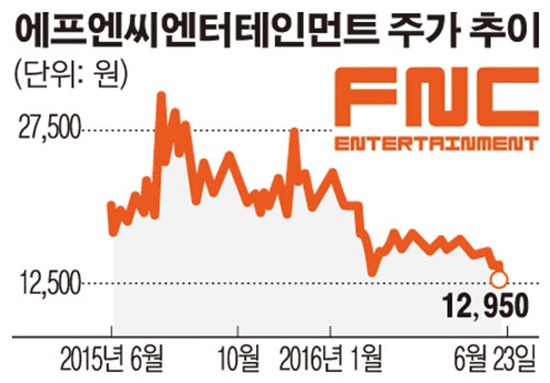