TWICE keeps getting belated Christmas gifts when it comes to year-end recognition!

Gaon has recently updated the 2018 Year End Sales Chart numbers, and the recorded sales of TWICE’s recent special album The Year of Yes have shot it straight to #17 on the list of best selling albums from the current “new gen” girl groups!

The list, which includes sales numbers from both Gaon and Oricon shows just how impressive TWICE is in dominating the girl group scene. 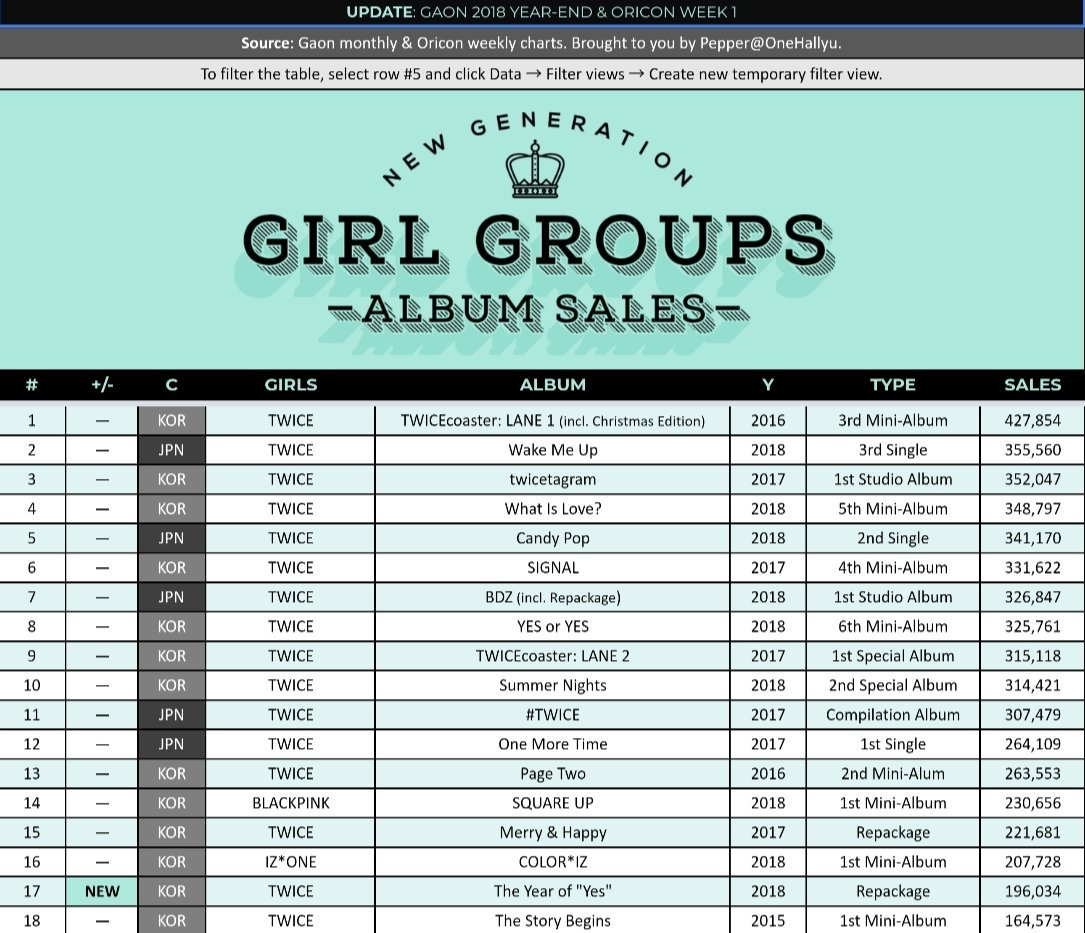 By the end of 2018, The Year of Yes sold 196,034 copies via Gaon, which is insane numbers for a special album that wasn’t even promoted. What’s even more impressive is that those numbers allowed TWICE to hold 89% of the spots in the top 18 on the chart.

Yes, you read that right.

TWICE literally occupies 16 of the top 18 slots due to their crazy high album sales.

ONCEs on Twitter were shocked by the the sheer sales power of TWICE, and reacted accordingly:

We’re seriously at the point where we believe TWICE + “powerful” should just get married because you just can’t have one without the other anymore!

Congrats to ONCEs and TWICE!