On September 1st, multiple pictures of GOT7‘s Jackson injured and in pain was uploaded on to multiple Chinese online communities. He is reported to have sustained injuries from sasaengs who caused a car crash while he was on his way to the airport.

On September 1st, Jackson of GOT7 sustained injuries from a sasaeng who crashed into his vehicle while he was on his way to the airport to depart from China to Japan to attend “JYP Nation Japan“. Although the entertainment company stated that the injuries are not severe fans were furious to hear that such crazy obsession actually caused the artist to come in harm’s way.

JYP Entertainment once again pleaded and warned all fans stating “Following an artist’s vehicle doesn’t only put the artist but yourselves in danger and can cause a terrible accident for everyone. Please for yours and other’s safety please do not cause incidents that disrupt the public peace.” 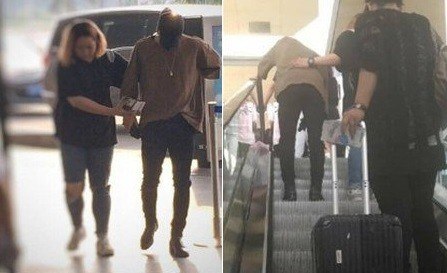