On the afternoon of May 29th (KST), Korea’s top model Jang Yoon Joo tied a knot to a 4-year-junior industrial designer at Somang Church in Seoul. Accord

The wedding ceremony took place in pious and quiet manner with Lee Juck singing the ceremonial song. After the wedding, Jang Yoon Joo released several photos as well as a message for the fans through her agency, as she stated, “Thankful for everyone’s congratulations. As many blessings are there, we will live happily together.”

Among 700 wedding attendees, Lee Hye Jung has garnered much attention for wearing an inappropriate outfit as a wedding guest. Many netizens were unhappy about her poor wardrobe choice, check out what some of the comments had to say:

3. [+1,339, -44] Hul… not only is she wearing white fashion but purposely also wearing black underwear.. She’s hopeless. Does she think she’s a fashionista for dressing like this? Being fashionable is all about dressing according to the occasion, tsk. Dumb in the head..

9. [+67, -0] An outfit like this would be controversial at any other event… at a wedding no less. I get that wearing suits are boring at weddings but come on;;; 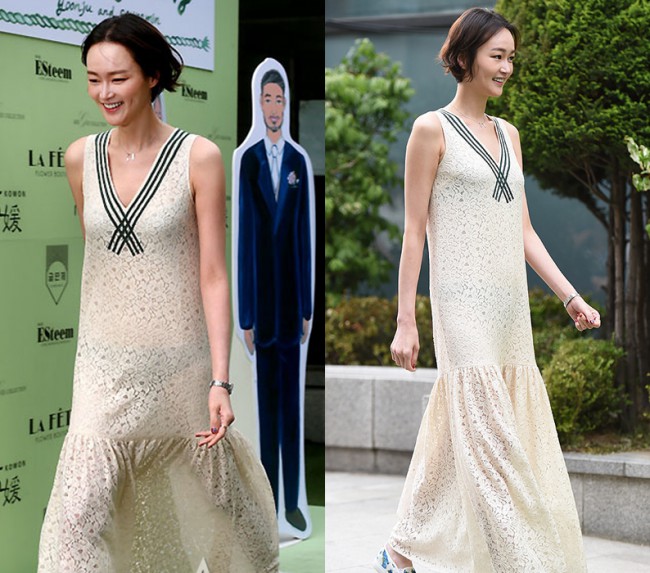