According to an exclusive reported by Sports Today, Girls’ Generation’s Taeyeon and EXO’s Baekhyun are no longer a couple.

Multiple music officials told the Korean media portal on September 15th, “Girls’ Generation’s Taeyeon and EXO’s Baekhyun recently broke off their relationship,” adding that due to their busy schedules and focusing on their work, they had naturally grown apart. 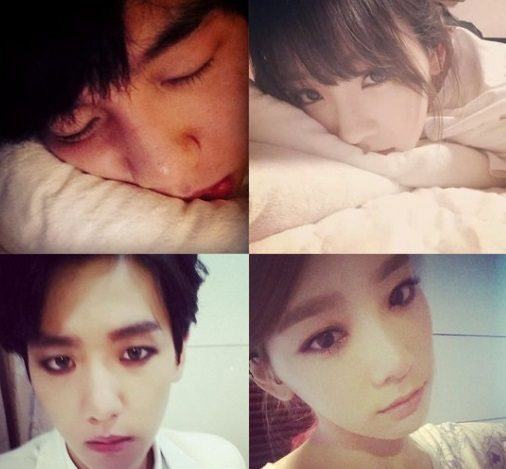 It was further revealed that Taeyeon had attended EXO’s concert in Seoul held back in March in order to see him.

Despite breaking up, it is reported that they both continue to maintain a good sunbae-hoobae (senior-junior) relationship.

Taeyeon and Baekhyun were revealed to be a couple back in June 2014 with a three-year difference in their age, becoming the first couple whose artists were both signed under SM Entertainment. After a year and four months, the two have officially called it quits.

Things have been very hectic for both their respective groups, Girls’ Generations and EXO, as they had comeback albums to promote and release.

In fact, the two recently were spotted with their respective group performing for the DMC Festival on September 5th.