The reader’s poll for the 2015 TIME 100 has officially ended as of April 10th 11:59PM EST, with Korean singer and 2NE1 member CL and Russian president and leader Vladimir Putin in a tie!

Just half an hour before the polls closed, CL could be seen behind by .1%, but as the polls closed, she was seen with 6.9% of the votes from readers, placing her in a tie with the Russian president and political leader. Since the opening of the poll, CL quickly reigned the poll for a few days and was seen in the lead with Vladimir Putin quickly catching up in votes.

It has gone so far that the two were featured in both Russian and America media as the poll heated up.

Of course, the official poll results will not be announced until April 13th. So while the they are tied in percentages, mere votes may divide them in first and second place.

The official “2015 TIME 100″ list, chosen by the TIME editors themselves, will be announced on the 16th. 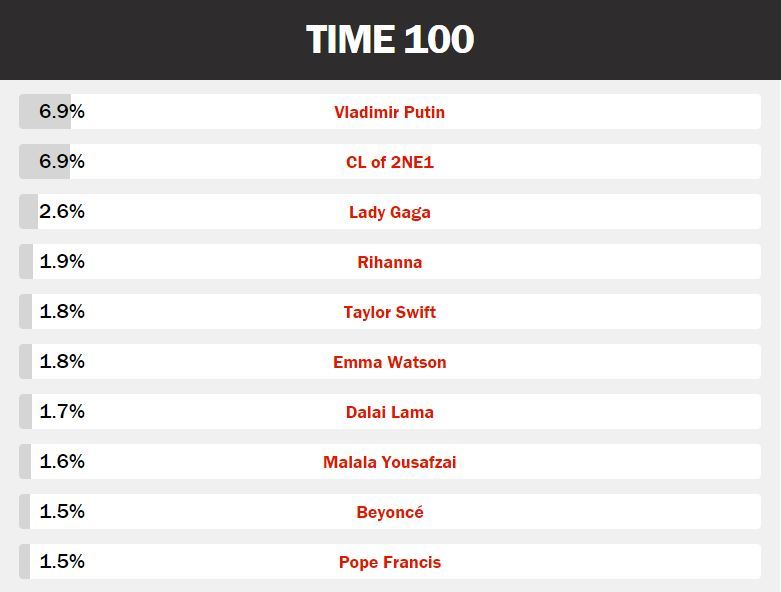