The “7-year curse” refers to the disbandment of a group once they’ve hit their 7th anniversary and that curse seems to be very real. Groups that had major success like 2NE1 and 4MINUTE ended up disbanding, shocking everyone. While the “7-year curse” has definitely hit many groups there have been others that have survived. Despite not knowing the fates of groups like Girls’ Generation, Brown Eyed Girls, and f(x), there have been other girl groups that have proven that anybody can beat the curse. These groups have definitely conquered their 7th year and are continuing to thrive in the entertainment industry!

Apink made their debut on April 9, 2011, with their mini album Seven Springs of Apink.

Less than a year later the group would have their first win on M! Countdown with their song “My My”. 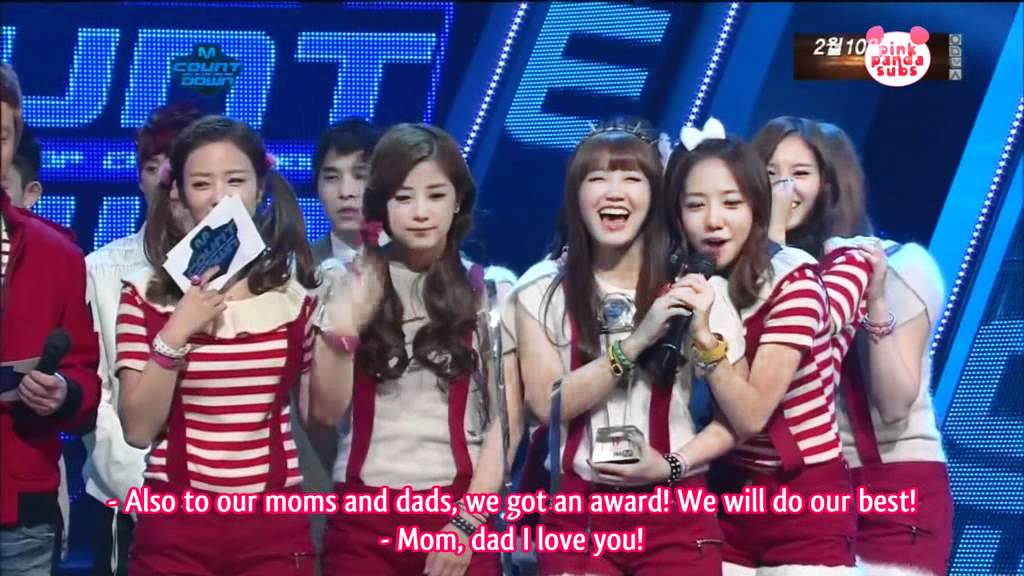 Apink has been pretty lucky with keeping their original lineup. The only member to leave the group was Yookyung, who left in 2013 to focus on her studies.

Through the years, Apink has had some major success. Altogether they’ve won over 30 music awards and over 30 music program awards.

And most recently they released the ridiculously amazing “I’m So Sick” proving that they aren’t going anywhere!

The ballad trio made their debut in 2005 with their studio album The Very First. Originally composed of Hyemin, Heeyoung, and Sihyun, the group would continue to change through the years.

In 2009, Hyemin became the first to leave the group and her spot would be filled by Misty. Then in 2011, Heeyoung announced her departure and the group would be a duo until 2012 when Misty left and Jenny and Gunji took over.

The final change to the trio came in 2016 when the last original member, Sihyun, decided to leave when her contract expired and Seorin would step in to take her place.

The trio also released a new song in April 2018, showing that they’re still a force to be reckoned with.

In 2008, Lee Haeri and Kang Minkyung made their debut with “I Love You Even Though I Hate You” and have never looked back.

The powerful duo has released 3 studio albums, 6 EPs, and several soundtracks for well-known dramas like Descendants of the Sun and It’s Okay, That’s Love!

The duo’s most recent album was released on January 25, 2018, and was a special album to celebrate their 10th anniversary.

9MUSES made their debut in March 2010 with an admissions and graduation concept but 7 months later Jaekyung would be the first to withdraw from the group to focus on her modeling career. Hyuna would take over and replace her.

Two months later the group would enter the Japanese market.

Then in January 2011, Bini, Rana, and Euaerin would leave the group without a replacement. 3 months later Euaerin would rejoin the group. Around this time Star Empire announced they would be changing the group’s name to Sweet Candy to avoid any confusion because the group only had 7 members.

Then a month later they would change their mind when they decided to introduce Kyungri and Sungah to the group.

In 2014, Lee Sem, Eunji, and Sera would graduate from the group and in 2015, Sojin and Keumjo were added. In 2016, Minha, Euaerin, and Hyuna would graduate when their contracts expired.

The same year 9MUSES A was formed with Kyungri, Hyemi, Sojin, and Keymjo. The 4 have continued as the subgroup of 9MUSES while Sungah is on a hiatus to pursue her work as a DJ.

And the girls have continued to working hard. Their last release as a group was in August 2017, but Kyungri had a solo release in July 2018 with “BLUE MOON”.

The same year, Jisun and Jin would leave the group and two years later Jihae would follow them.

Despite the departure of 3 of the girls within 2 years of debut, the group has had huge success. Songs like “Darling”, “Ring My Bell”, “Something”, and “Expect” have all sold over 1 million digital copies each!

And the group was ranked 13th on Forbes “Korea Power Celebrity” list in 2015.

Although the girls may not have put anything out recently, in March, Yura confirmed that Girl’s Day would be making a comeback sometime in 2018, so we all have that to look forward to!

Brave Girls have had a lot of ups and downs since their debut in 2011. The five-member group first released their single “The Difference” on April 7 and would continue promoting and releasing new music over the course of the year.

Brave Girls had another successful comeback in 2012 and 2013 but would go on a two and a half year hiatus. When they made their return in  2016, it was announced that Eunyong, Seo-a, and Yejin would be leaving the group and that Eunji, Hayun, Minyoung, Yujeong, and Yuna would be making their debut with the last two original members, Hyeran and Yoojin.

A year later, Yoojin would depart from the group to focus on her education and study abroad while Hyeran went on an indefinite hiatus due to health concerns.

The group had their last release in 2017, but have continued to perform at music shows and events.

BTS’s V Wanted To Have Drinks With J-Hope And Jin, But He Was Already With Them The Whole Time