BTS sat down for an interview with the Japanese magazine Non-no Magazine and revealed some interesting and very personal facts about each other.Rap Monster 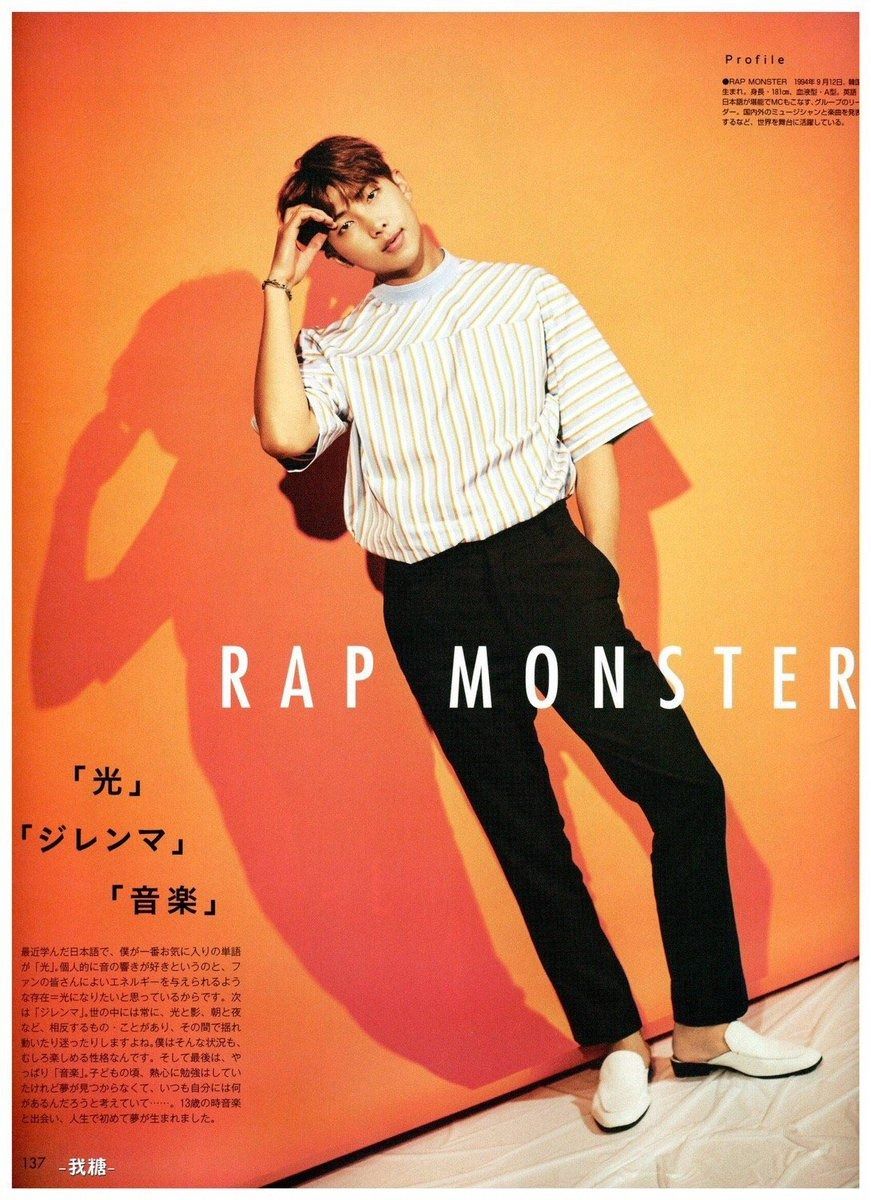 Of every single person I’ve met through my entire life, you’re one of my favorite people, and you’re also our leader, someone we can lean on. Since he’s done music ever since he was young, I receive a lot of positive influence from as he promote.

Someone who always finishes his work wherever he is. He is a hyung whom I have a lot to learn from. He knew I was practicing my composing, so he warmly taught me lots of things. 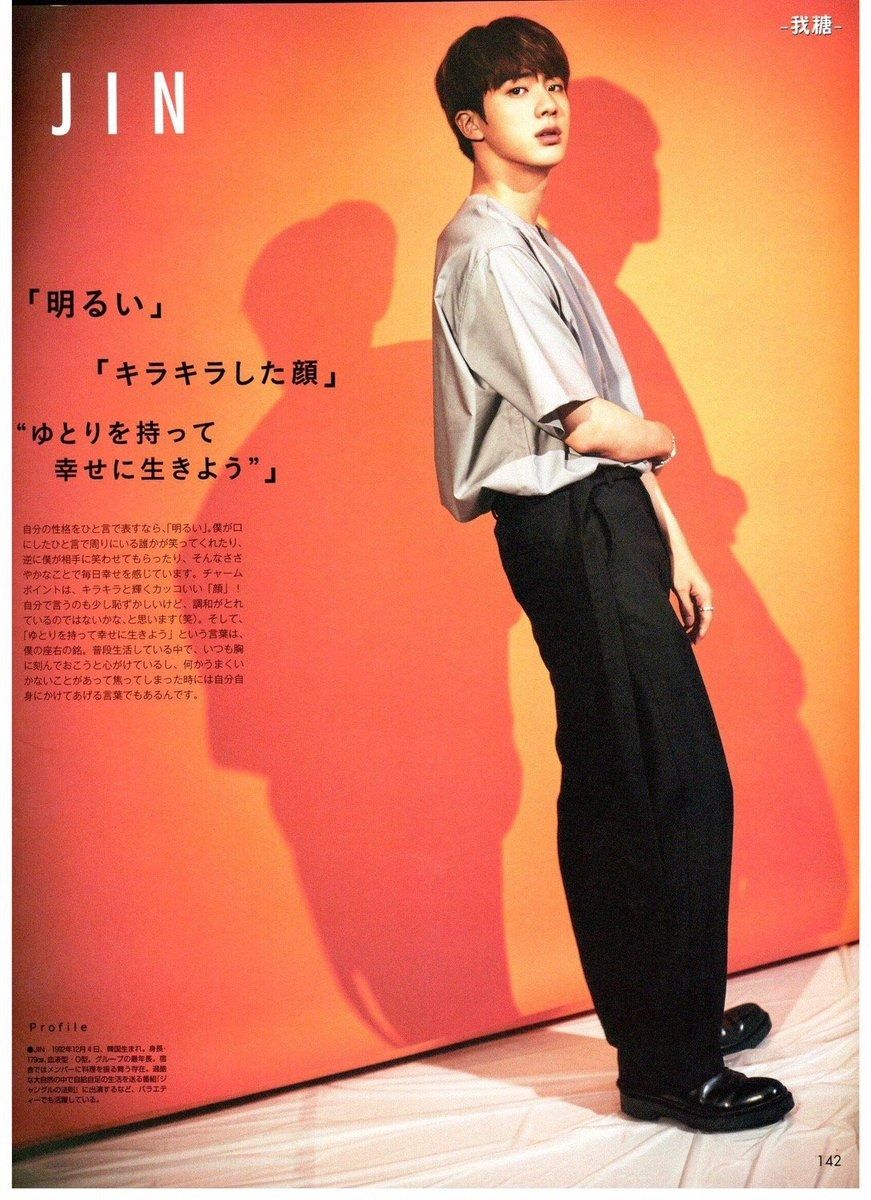 A hyung who went to a cafe with me and consulted me for a very long time. These days he’s been making dad jokes but when he’s serious, he’s really cool! (laughs).

We spend a lot of time together when we play games. I remember we both purchased a game app on our phones an hour before we left for Japan, and we continued playing it together even after we arrived. As for our skill… I’m pretty sure I’m one level above you? (laughs). 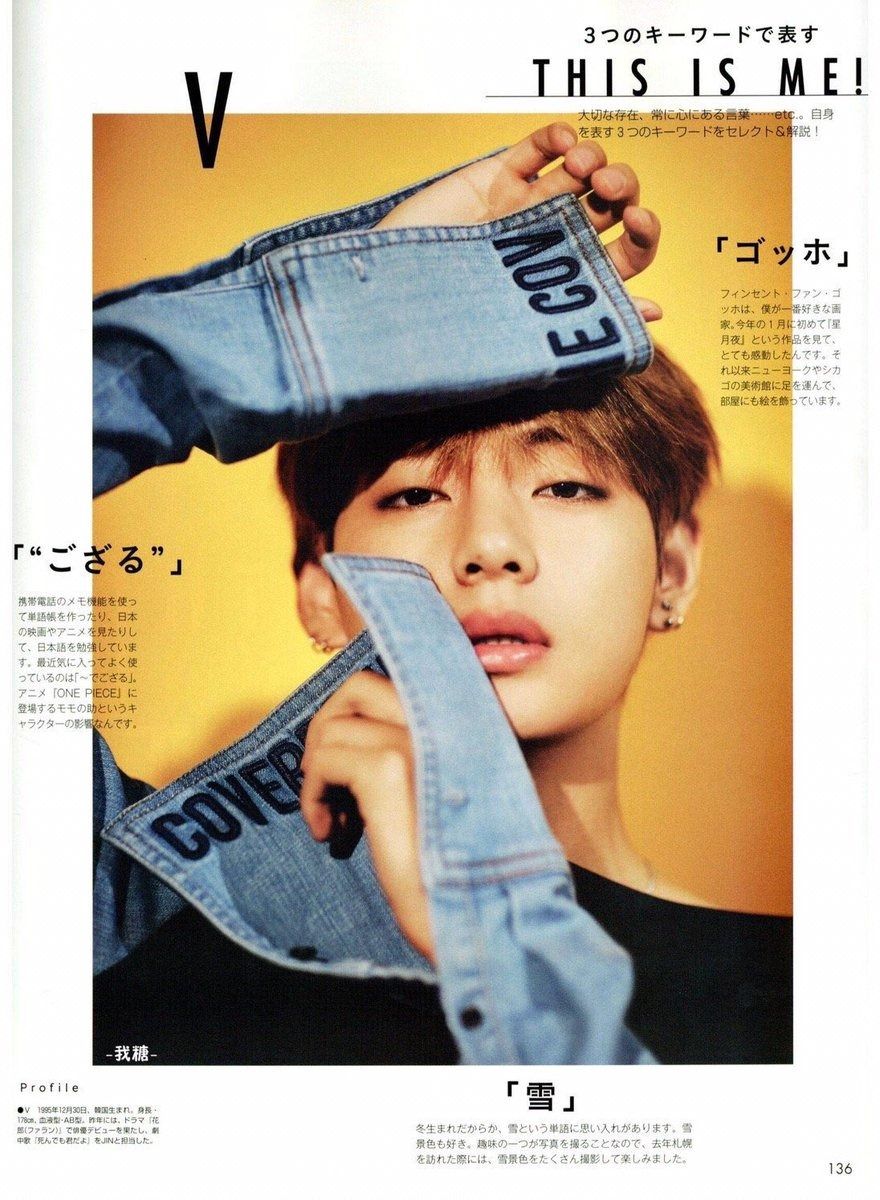 He’s got a handsome face and he’s good at performing. His passion for composing great songs is multiple times stronger than other people. He may not know this, but I hope many others know that he has this side about him.

Sometimes we fight, but he’s like a friend I interact with closely. Last time we promised each other we’d be going to Jeju Island together but we couldn’t go because of me.. Since we’re close, we’re going to plan another trip soon! 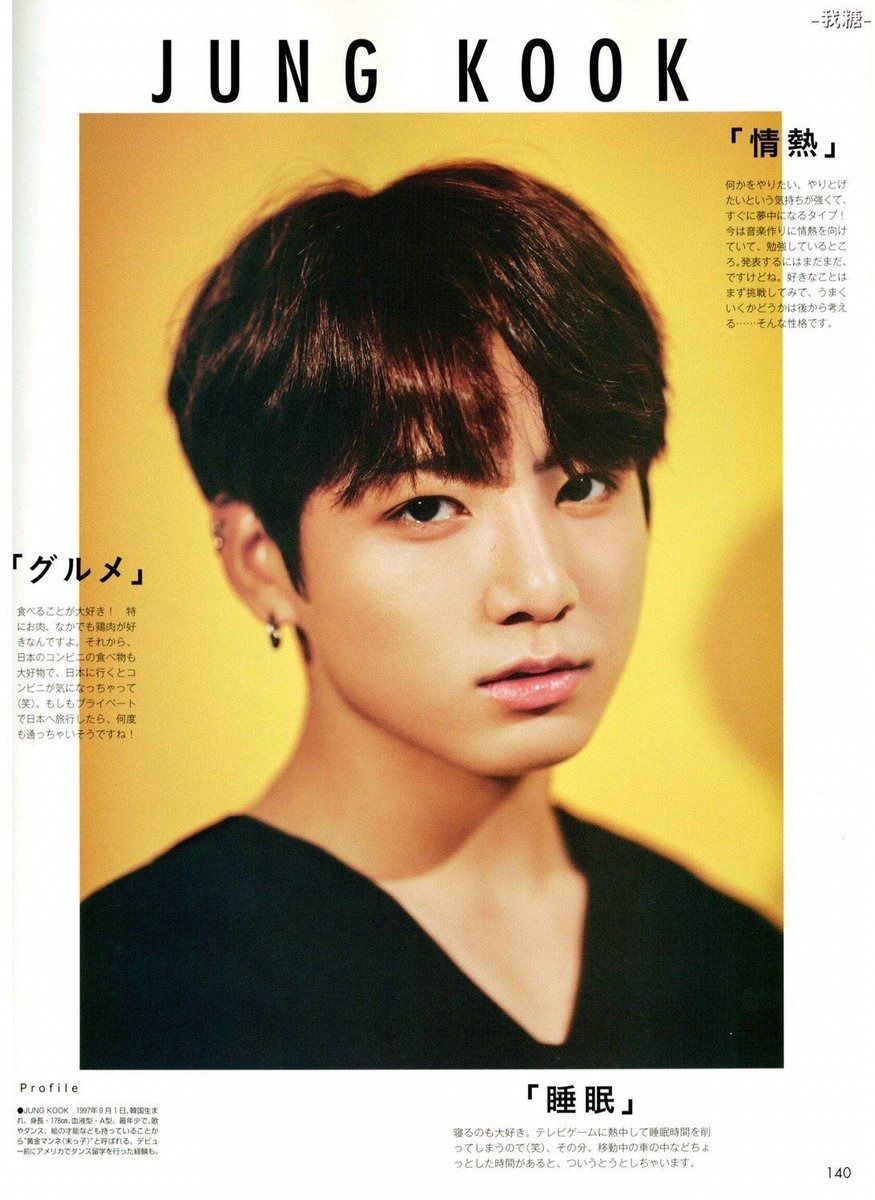 His rate of improvement in dancing and music is incredibly high, and he’s at least twice as strong as other people. At least that’s what I think of him sometimes, but the rare glimpses of his aegyo have made me think he has a cute side to him, too. It takes a lot of energy to hug someone that tall, so I sleep well after hugging him.

Our maknae, who’s tried harder than anyone else, ever since he was young. He’s the same age as my younger sibling so I took care of him, but one day, it started feeling like he was my own little brother so whatever he does is adorable. 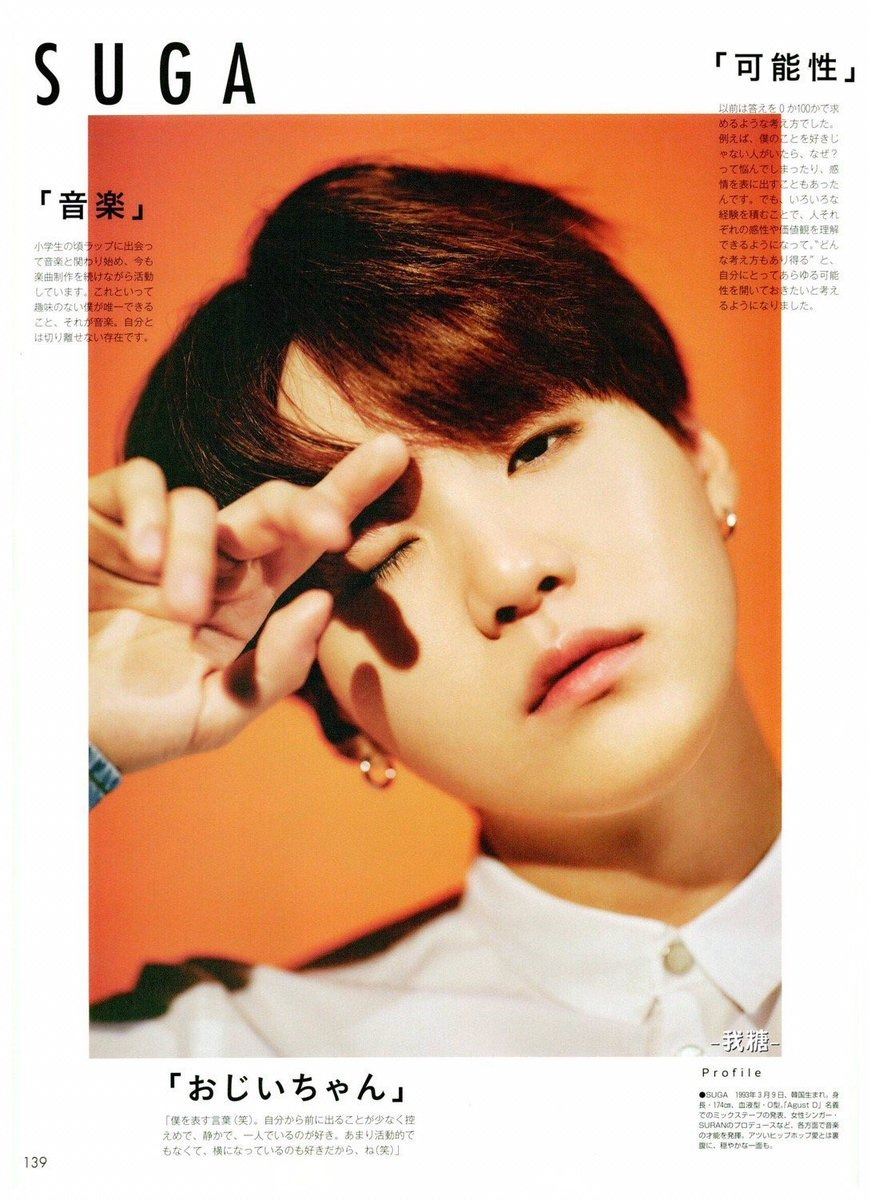 Lamb skewers, furniture, miscellaneous goods.. He’s interested in a lot of things, but when we end up going shopping, he only buys machines related to music. This is special information that only I know as his roommate.

Suga hyung grew a huge interest in studying Japanese recently, so I see him studying a lot these days. Compared to before, the things he talks about and his overall vibe has become more fun (laughs). 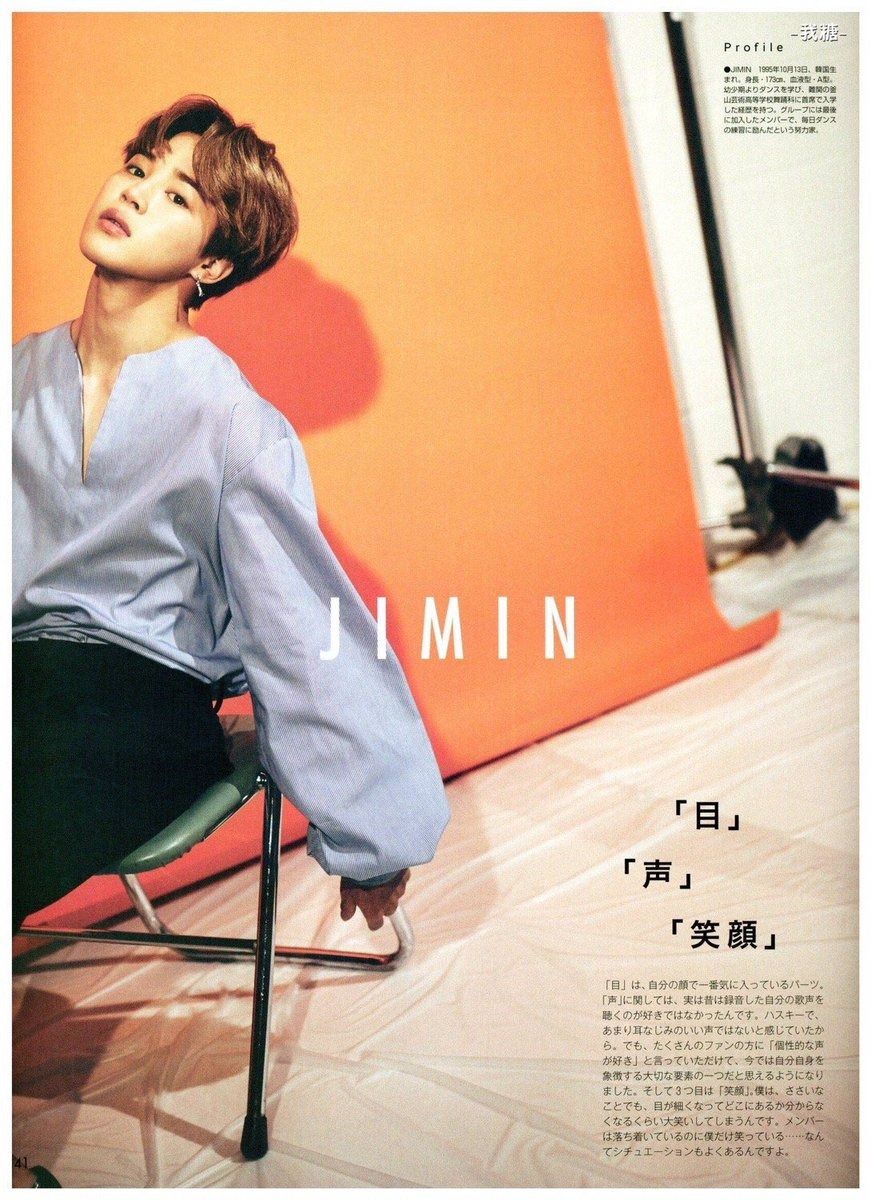 His broad back is attractive! He also has a unique habit when he sleeps, where he often makes sad sounds. When he wakes up I’d ask him, “Did you have a bad dream?” but he always says, “I don’t remember” (laughs).

Whenever he speaks in Japanese or English, he gets so shy that even I can feel it. I think it’s so cute when he gets shy. These days, he’s become more handsome, maybe it’s because of the makeup (laughs). 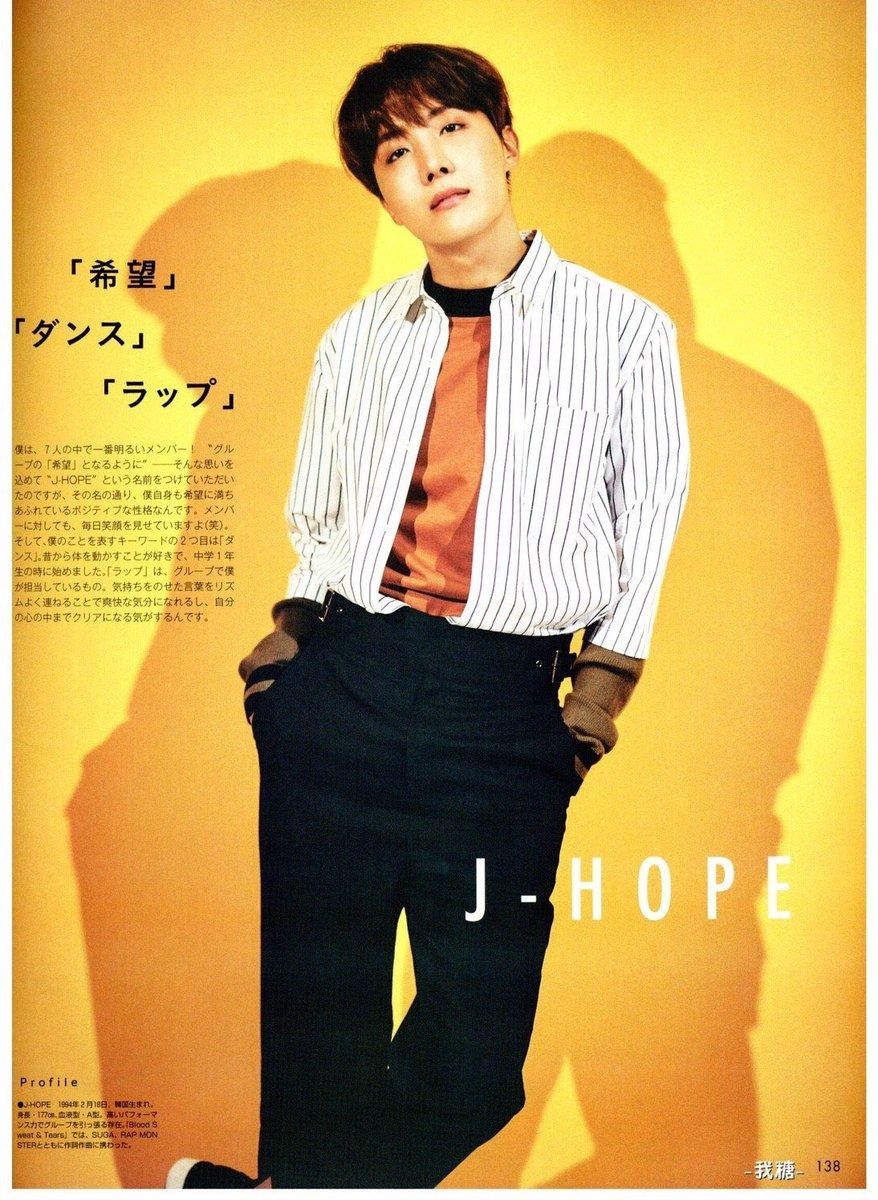 A friend who was an energizer for me when I was having a hard time. When we were trainees, I took him to the medical room because he collapsed. He doesn’t like it when I tell that story.. But I tell it anyway (laughs).

He’s obsessed with shoes and slippers, so J-Hope has the most shoes at our dorm. Oh yeah, and I gifted him cute shoes for his birthday present this year, and I saw he wore them when we arrived in Japan so I was really happy (laughs).

TXT’s Soobin Couldn’t Fool Anyone With His Wig