Super Junior‘s Kim Heechul has revealed his “bad-boy style” by his explanation of how all of his relationships ended due to his brutally honest personality.

January 20, on Channel A‘s Singderella, Kim Heechul revealed that all of his relationships had ended with his girlfriend dumping him; however, he also shocked everyone by saying that he enjoyed the feeling of being dumped because it also represented a “new beginning.”

When asked why, he explained: 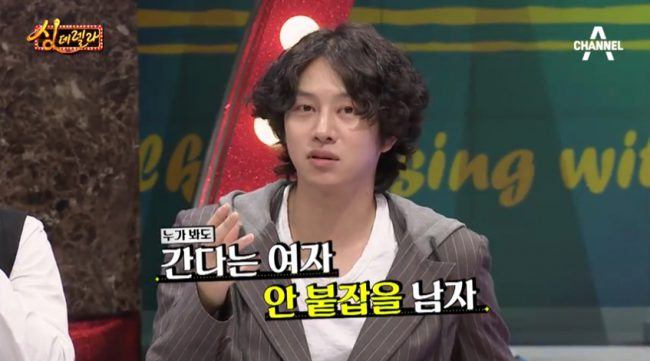 Rainbow‘s Jisook, who was also a guest star on the show, was the most surprised by Kim Heechul’s indifference in dealing with break ups.

Kim Heechul then explained that he understands why he was dumped, as he is not particularly easy to date, as he is “hard to reach” and often does not reply to his girlfriend’s texts or calls.

Furthermore, he also revealed a time when one of his ex-girlfriends asked him, “Oppa, do you love me?” to which he was brutally honest with his reply, “I like you, but I don’t know about love.”

Do you think you could date Kim Heechul?