Despite practicing all night, Somi didn’t perform very well on her singing test and she broke down into tears when her vocal trainer stopped her in the middle of her performance to criticize her.

In the most recent episode of Unnie’s Slam Dunk season 2, all members had to undergo rigorous vocal training and tests to help them qualify to become a girl group. In this episode, the members were being graded on their singing by their vocal trainer Jang Jin Young, and producer Kim Hyeong Seok. 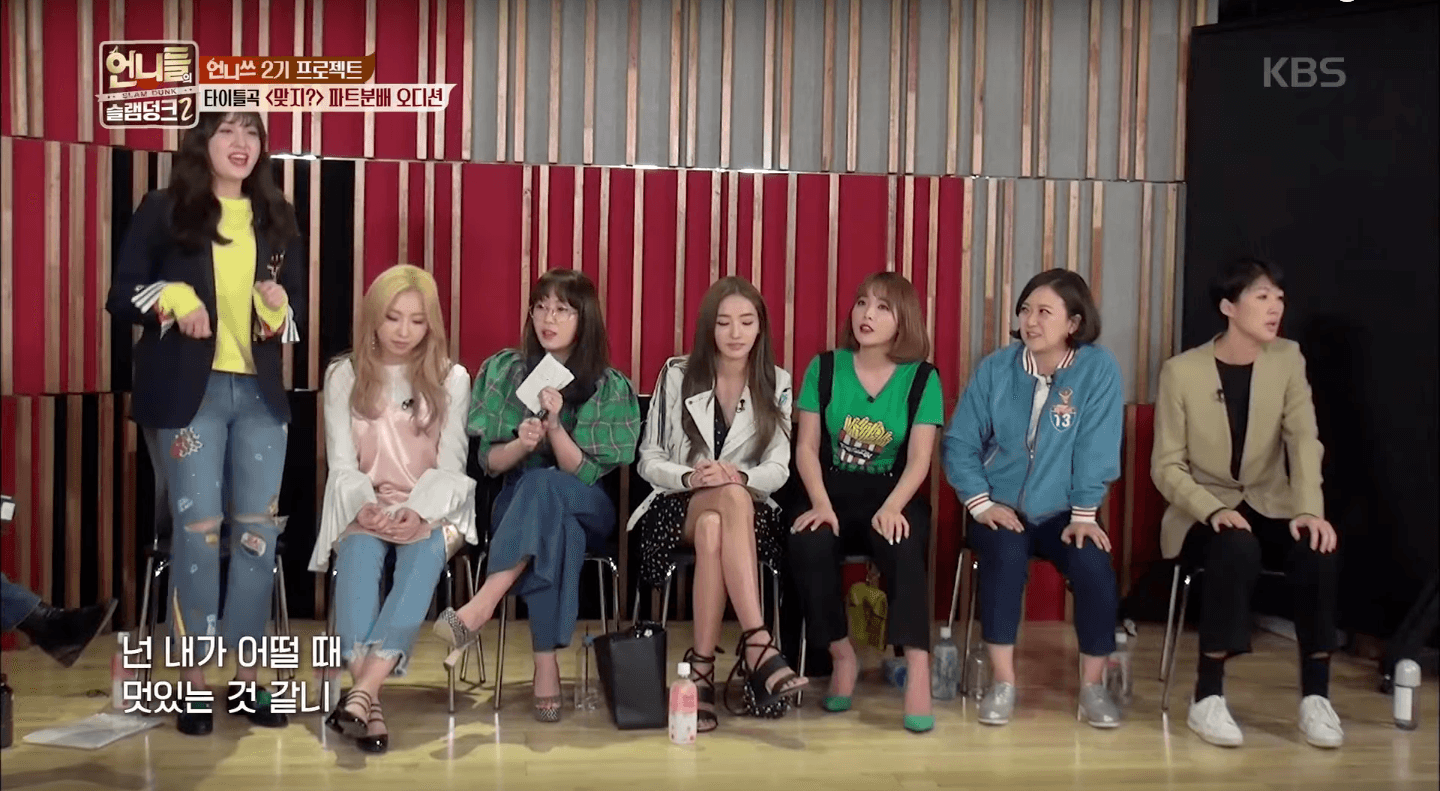 When it was Somi’s turn to be graded, she sang a segment of their debut title song “Am I Right,” but sang the climactic parts in falsetto, which was not how she sang it during the practice sessions.

During her performance, Somi was stopped by Jang Jin Young, who sweetly told her, “Somi, let’s sing it like we did in practice and not in falsetto, okay?” 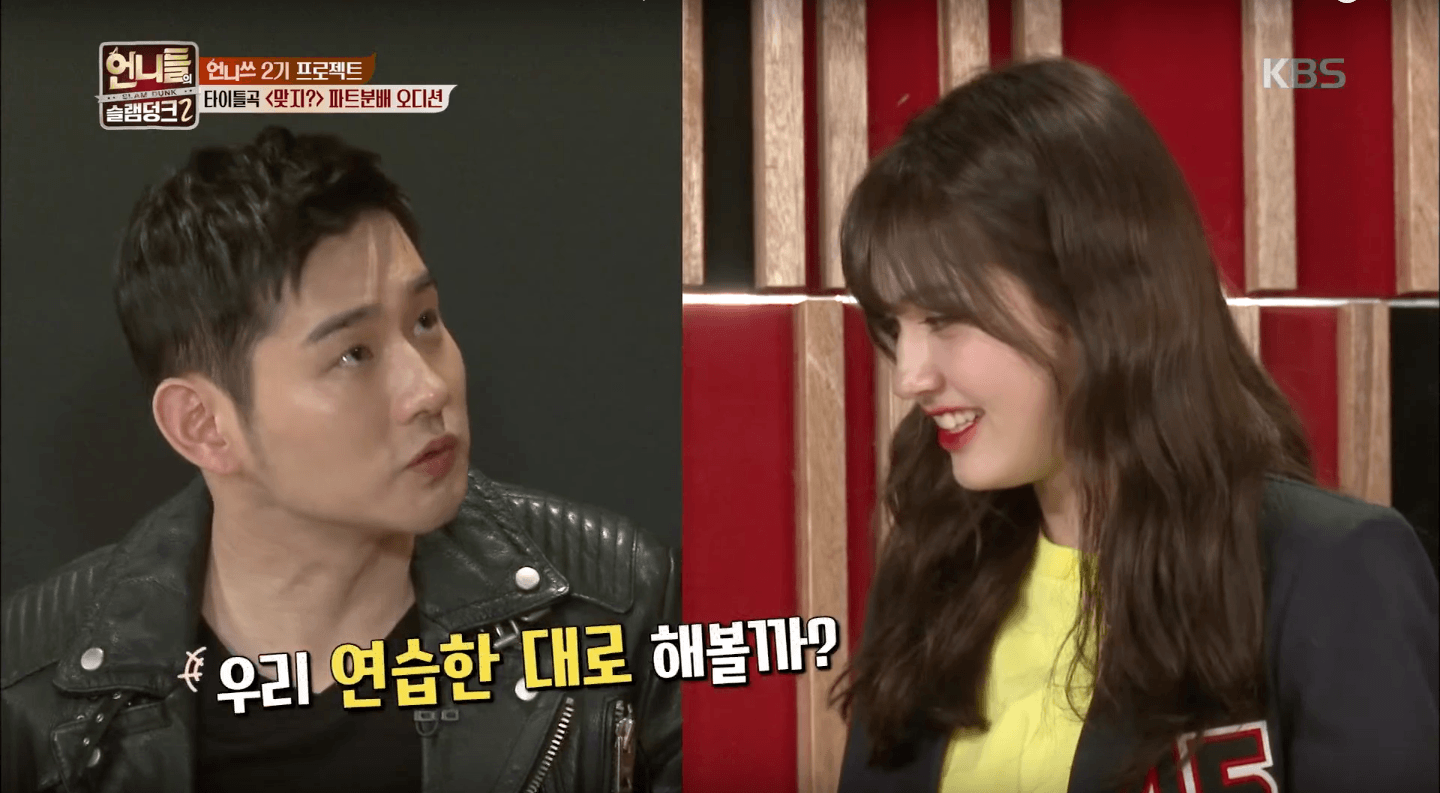 Somi looked uneasy and unconfident but tried her best when they played the instrumentals. Although she started off well, her confidence began wavering again throughout her performance, and she went back to singing her parts in falsetto.

Kim Hyeong Seok then provided some constructive criticism on her singing and requested that she be more confident in catching the high notes with a strong voice. Somi began tearing up and her older members immediately came rushing to wipe away her tears and comfort her. 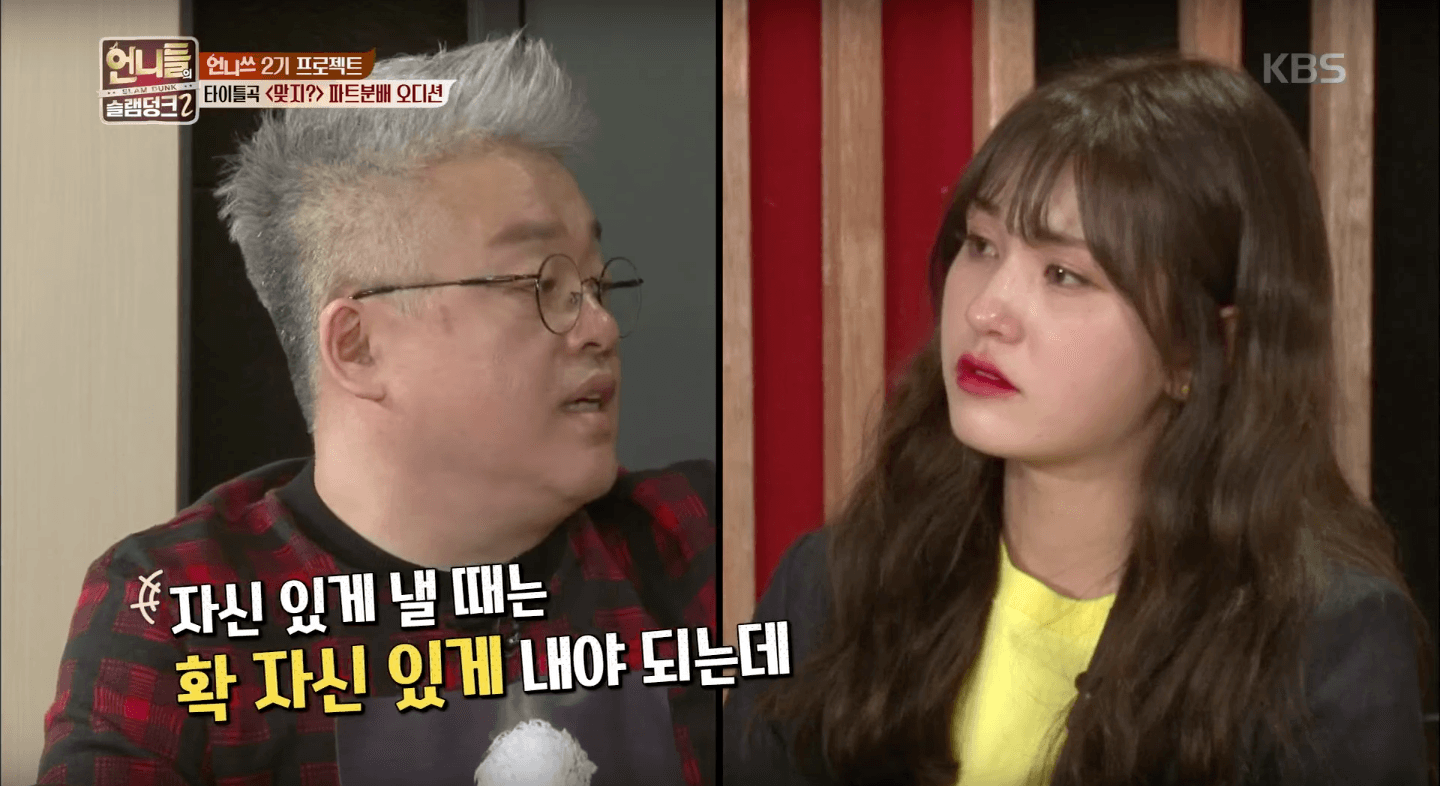 Somi said she was disappointed in herself because she had practiced all night before the test, but still couldn’t fix her falsetto. Her vocal trainer also expressed disappointment in himself for not being able to help her overcome the fear of singing with her strong voice.

Check out the full clip below:

BTS’s Jin Needs Some Help Using Instagram, But Even J-Hope Doesn’t Know What To Do